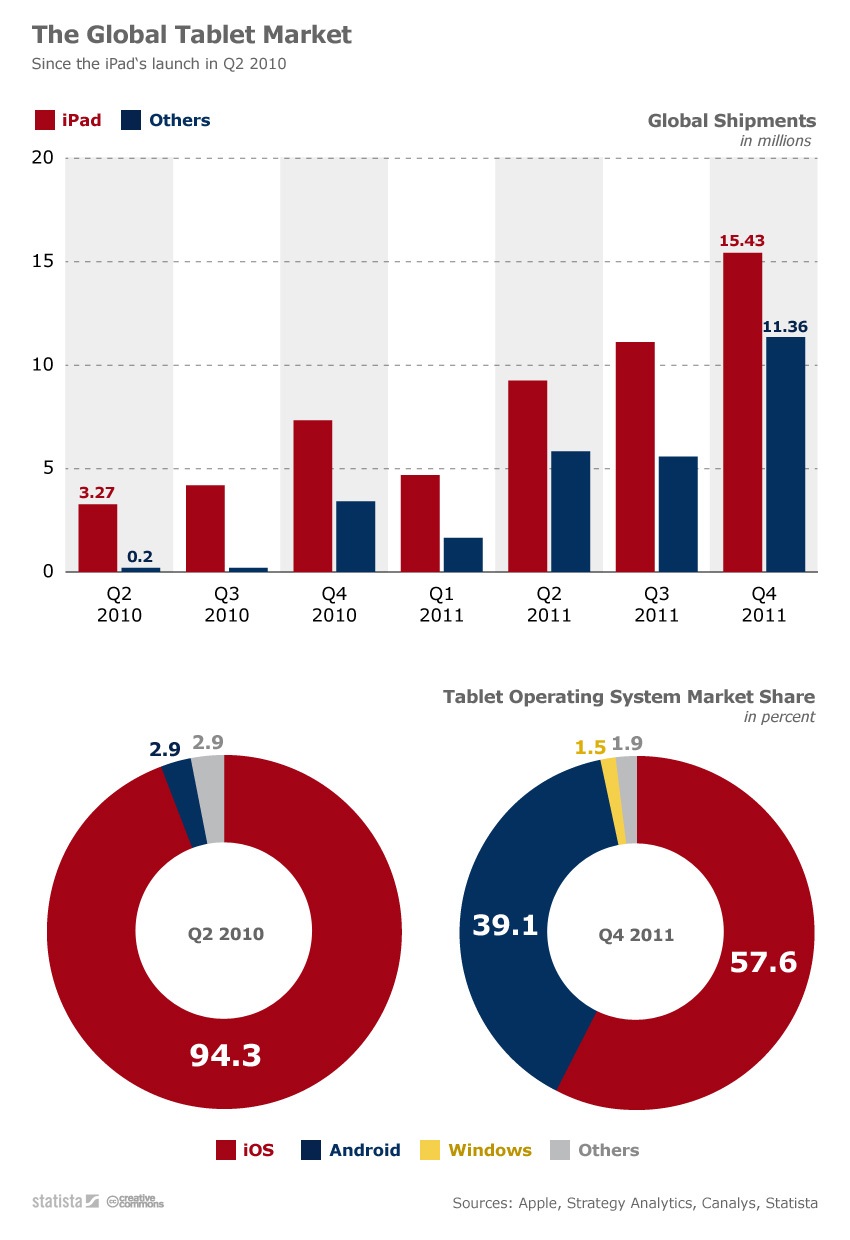 Apple is expected to release the latest and greatest iPad  today. Apple has a lot riding on this device, because while the iPad still wears the pants in the tablet family, Android devices are growing up fast.

The chart above, compiled by Statista from a variety of sources, shows the amount of tablets shipped in each calendar quarter, and the iPad has yet to be beat. While not the only tablet in existence when it launched in April 2010, it quickly rocketed above the rest, thanks in part to Apple’s obessive, consumer-conscious chief executive Steve Jobs, who helped ensure that the tablet would be dead-simple to use and would be paired with a rich ecosystem of content and apps. Apple shipped 3.5 million tablets in its first quarter and has continued to increase these shipments, save for the first quarter of 2011.

Its main competitors, mainly Android-based tablets, have been gaining on it. It seems, however, that whenever the iPad dips, so does the rest of the tablet market. This may be because of overall market fluctuations, as opposed to Apple’s influence.

In the last quarter of 2011, (Apple fiscal Q1 2012), iPad sales rose 111 percent to 15.43 million units, with all other tablets selling 11.63 million. In 2011 iPad users made up 83 percent of the U.S. tablet market, according to analyst firm eMarketer. The firm does predict that Apple’s hold on the market will diminish as more competitors emerge. Indeed, iOS popularity has lost significant market share already. When the iPad first came out in the second quarter of 2010, it owned 94.3 percent market. Most recently, iOS sits at 57.6 percent.

In total, Apple has already sold 55 million iPads around the world.