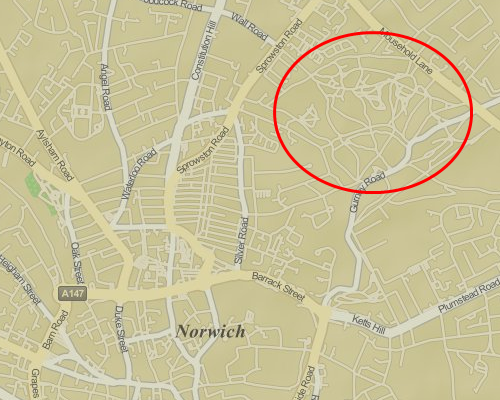 As we reported recently, since Google raised the price to access its maps API, a lot of companies have switched to OpenStreetMap when adding geo-data into their services. Now it seems like Apple has joined the club, using OSM in the new iPhoto for iPad and iPhone. But as intrepid blogger Alistair Aitchison points out, Apple didn’t bother to credit the creators of these maps, and is using two-year-old, out-of-date information.

“The image tiles themselves use quite an interesting, quasi-retro style. Nobody would be surprised if they were told that Apple had been acquiring their own sets of map data in order to launch their own map product, dispensing of their need to rely on Google Maps in their operating systems. But have they?” writes Aitchison. With a bit of sleuthing he finds that Apple’s maps overlay perfectly onto OpenStreetMap. “Oh, of course — Apple haven’t been gathering their own map data at all — all they’ve done is render OpenStreetMap data with their own stylesheet, miscategorised the status of some ways, conveniently forget to include any copyright attribution, and pass it off as their own!”

The folks behind OSM were a little more tactful in their blog post about the discovery:

The OSM data that Apple is using is rather old (start of April 2010) so don’t expect to see your latest and greatest updates on there. It’s also missing the necessary credit to OpenStreetMap’s contributors; we look forward to working with Apple to get that on there. But we’re delighted to see another prominent map user make the switch to OpenStreetMap, and look forward to many more.

We’ve reached out to Apple for comment. For context, both Foursquare and StreetEasy have switched from Google to OSM since the price hike, and both announced the change in blog posts supporting the open-source effort.