International sales numbers are not included because Mass Effect 3 launched a couple of days later in Europe. Riccitiello is optimistic about the game’s prospects as editorial reviews are very favorable with an aggregated Metacritic score of 94 out of 100. [Update: EA said today that it has shipped 3.5 million copies of the game to retailers. ]

He also pointed out the success of the downloadable content (DLC) that was already available for purchase on Mass Effect 3’s launch day. Retail chain GameStop saw a tie ratio of 40 percent of day one customers who purchased a download code for additional content together with the game: “The tie ratio at the register is the highest in their history”, said Riccitiello.

Using packaged-good products to increase digital revenue is becoming increasingly important for game publishers like EA because of the higher growth and margin numbers associated with digital products.

Mass Effect 3 is the latest action role-playing game by EA’s Bioware studios. This conclusion to an epic SF trilogy is the first Mass Effect game to launch simultaneously on PlayStation 3, PC and Xbox 360. It adds a new co-op multiplayer mode to the story-driven single-player campaign. Riccitiello called the Mass Effect franchise “one of my favorite IPs; my family is as addicted to it as am I.” 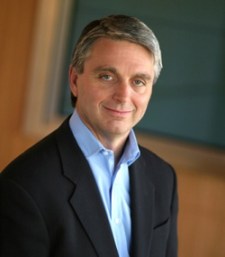 Riccitiello reported 1.7M active subscribers, which sounds like nothing much has changed compared to the earnings report numbers released on February 1. But a month ago about half of those players were still in the first 30 days of the subscription period, which is included with the purchase of the game, while the “vast majority [of players] is now triggered through that point and they’re recurring subscribers.”

Obviously EA doesn’t want 1.7M subscribers to be the limit for the Star Wars MMO, which took six years and an alleged $200M budget to produce. Riccitiello called The Old Republic “the most successful  MMO through this period in the history of the industry. But we’re nowhere relative to what the opportunity in front of us is.”

The chief executive mentioned new “content releases every quarter, systems, tutorials, feature upgrades and the future of expansion content” to keep players engaged. He explained that EA “tailored the game for the core user, people who were existing MMO players. What we do from here … [are] things designed to increase the funnel at the top. That means content changes, feature changes, new ways to bring the product to market … so new users can find entry into the game a lot easier.” One example is the recently introduced buddy key program, which allows subscribers to invite friends for a free trial period.

Bioware has just released a trailer for the new content of version 1.2, which comes free with a paid subscription. Judging by Riccitiello’s comments, the announcement of a major game expansion pack can only be a matter of time. Star Wars: The Old Republic’s main competitor, World of Warcraft from Activision Blizzard, has released three $40 expansions over the years.