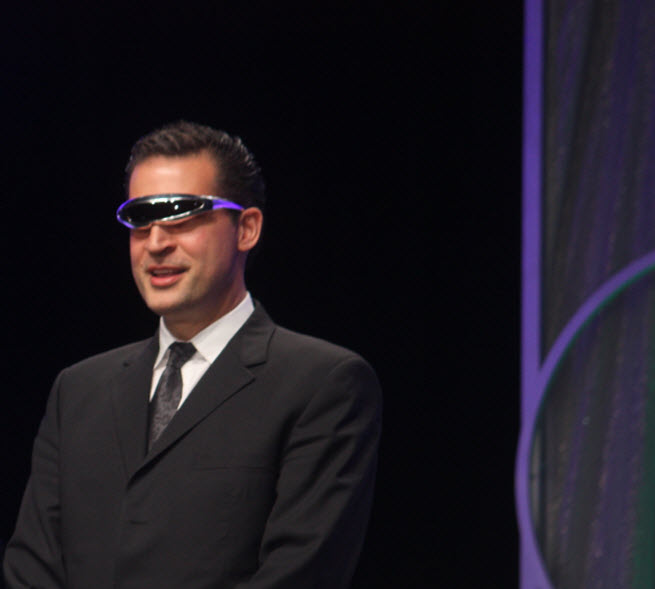 Gaikai is announcing today it has signed up another partner — Warner Bros. Interactive Entertainment — for its game-streaming business where it embeds instantly playable game demos in the web sites of its publishing partners.

David Perry (pictured at last month’s Interactive Achievement Awards) said in an interview at the Game Developers Conference that the deal is a coup because Warner Bros. is signing up so that Gaikai can embed game demos for the Lord of the Rings Online game as well as Dungeons &  Dragons Online. The game is the first massively multiplayer online game that Gaikai has signed up for its game-streaming technology, which could disrupt the traditional game retailing business.

Gaikai can stream heavy-duty games from its centralized servers in data centers to user machines as if the game were run and stored on the user’s own machine. But Gaikai executes the game code in the cloud and the game runs on the user’s screen. The company can play high-quality video games instantly on any web browser, mobile or internet-connected device. No game installation or download is necessary.

For game publishers, this means they can embed a link in a web page. If users click on that link, they can instantly play the game demo. As such, Gaikai enables friction-free, instantaneous game demos that can help sell more video games. Beyond streaming game demos, players can register and start playing the game outright via streaming. The games are free-to-play and so players can start playing them without paying and without waiting for downloads, even on a low-end machine.

It’s also interesting for another reason. Warner Bros. is also an investor in OnLive, Gaikai’s chief competitor in the game-streaming business.

“I was surprised when we got this one,” Perry said.

Perry is one of the speakers at our GamesBeat 2012 conference coming in July.