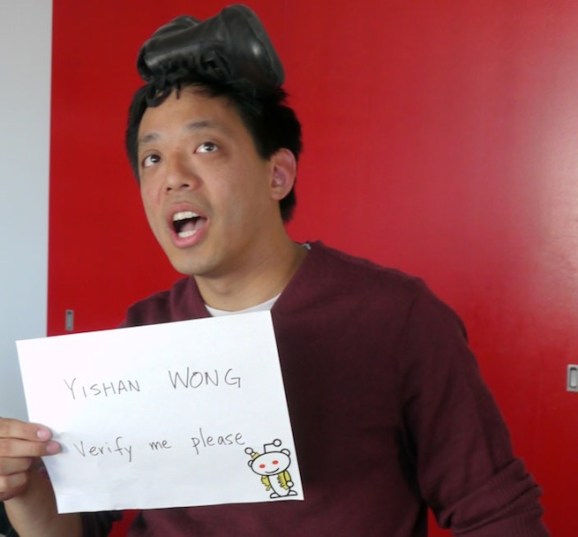 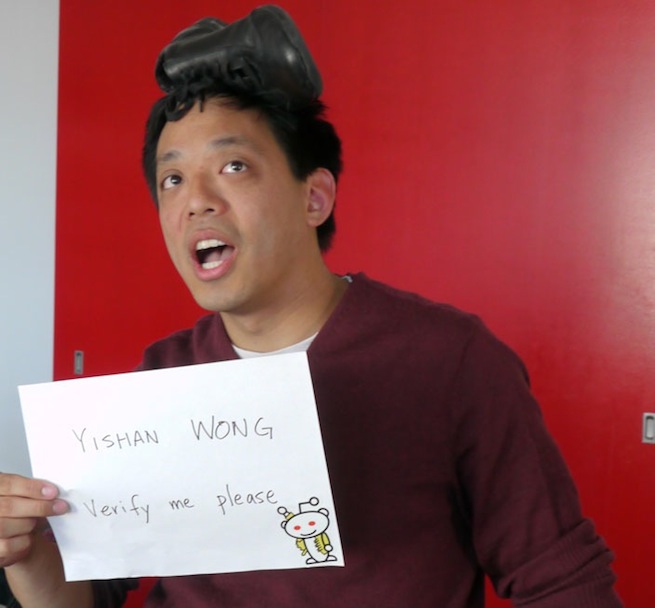 The man balancing a shoe on his head in the photo above is the new CEO of community news sharing site Reddit, the company announced in a blog post today.

Judging by the ridiculous verification photo and the colorful responses on his first submission to the site as chief executive, it looks like Wong will fit in perfectly with the Reddit team. In addition to being an active Reddit user since 2005, Wong previously worked as Facebook’s Director of Engineering, former PayPal Engineering Manager, and consultant to various tech startups. He’s technically the first CEO of Reddit, which became a separate entity (Reddit Inc.) after being spun off from parent company Conde Nast in September 2011.

Wong admits that his background isn’t traditionally what company’s would look for when pursuing someone to fill the chief executive position.

“I don’t have the polish and the poise and the schmoozing, and I don’t play golf. Instead, I’m an engineer and a leader of engineers and I play Starcraft (poorly),” Wong wrote on the company blog. “But as I continued the conversations, I came to understand that reddit wasn’t looking for a conventional CEO candidate, because reddit is not a conventional company.” 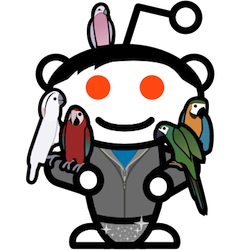 Despite the crazy metrics, Reddit remains pretty basic at its core. The default front page is mostly text, with the exception of two advertising spots — a self-serve text submission ad banner along the top of the page and a traditional graphical display ad in the right sidebar. Unlike similar news sharing communities like Digg, Reddit doesn’t sort the submitted links from users into categories. Instead, users submit links and short message posts to sub-sites (called subreddits) focused on a specific idea or subject. And each of these subreddits has its own unique community, which keeps the flow of content from getting stale.

Speaking of Digg, Reddit founder Alexis Ohanian shed a little light on why Wong was chosen for the position. In a Reddit submission comment thread, Ohanian writes: “I asked all of the (CEO) candidates I interviewed the question: “Why did digg fail?” Yishan knows.”

Digg experienced an implosion after a rushed site revamp angered many of its long-time active users in August 2010, sending them rushing to Reddit for refuge. Wong said he doesn’t plan on making any big changes to Reddit anytime soon.

“I think reddit is great, so I’m not looking to implement any ‘big, bold new directions’ or redesigns,” Wong wrote in a comment thread. “Right now I am trying to make sure I learn all the nuances and subtleties of the community and product so that I don’t fuck it up.”

Wong said he’ll continue to work with Advance Publications to complete Reddit’s transition to being a standalone company, which will allow the site to manage its own finances and operations as well as offer its employees competitive wages.