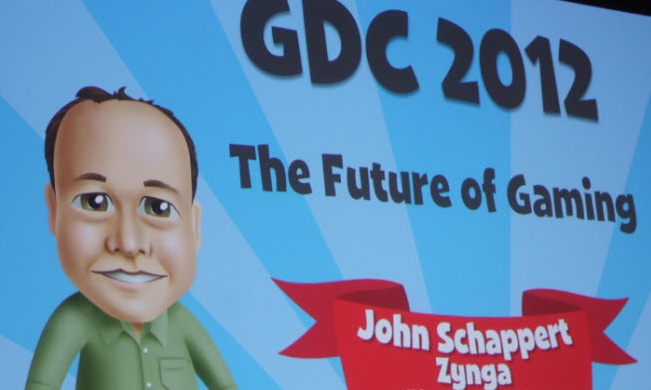 Zynga announced today that three major game companies have joined its new platform for publishing games on Zynga.com and Facebook. The new third-party partners include Japan’s Konami Digital Entertainment, one of the biggest console game makers, as well as Playdemic and Rebellion.

The announcements show that partners are finding Zynga’s pitch compelling. If Zynga publishes their games, it can offer them great cross-promotion to its 246 monthly active users on Facebook and access to its social game publishing technology infrastructure.

Rob Dyer, head of the Zynga third-party platform, announced the news during a speech by Zynga chief operating officer John Schappert at the Game Developers Conference in San Francisco today. Zynga unveiled its new Zynga Platform and Zynga.com on March 1 as an effort to give users more ways to play and to bring more people into gaming.

During the talk, Dyer (pictured below) said, “We, as a community of developers, have a great opportunity to reach billions of people.”

Dyer said the partners will be able to access Zynga’s distribution channels, social engagement, and analytics as well as its back-end servers in data centers — dubbed the zCloud. 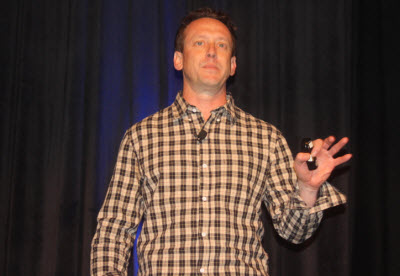 “From Konami, one of the most esteemed game creators of our time, to the talented teams at Playdemic and Rebellion – we’re honored to welcome these new Zynga Platform partners,” said Dyer. “All three represent some of the best game development talent in the industry. Zynga Platform is about bringing great games to a captive audience that loves to play, and we’re dedicated to creating the best destination for social games for players and developers alike.”

“We’re very excited to be working with a company of Zynga’s caliber,” said Jason Kingsley, CEO and creative director of Rebellion. “Our goal is to bring Rebellion games to a broader audience while learning from Zynga’s mastery of the social gaming space. Through the Zynga Platform, we’ll release our first-ever social game. We can’t wait to show players what we’ve been working on.”