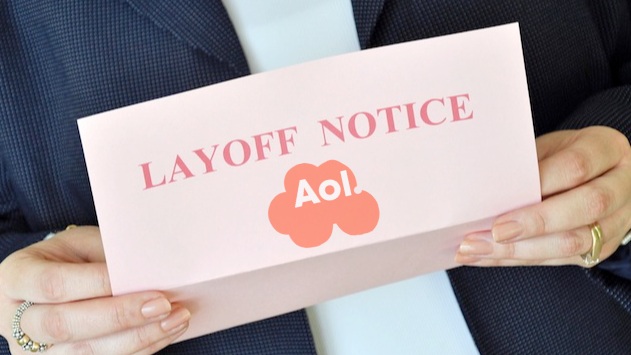 Tech/media company AOL might be cutting a number of employees that work on its communication products, like its e-mail client and AIM instant messaging service.

The layoffs, which would include two top executives, are expected to be announced by AOL soon, according to an AllThingsD report that cites unnamed sources familiar with the matter. The report indicates that AOL will cut about 40 employees, including SVP of business operations Eric Van Miltenburg and VP of AIM Jason Shellen.

Under CEO Tim Armstrong, AOL is in the process of transitioning away from its roots in the communication products and dial-up ISP business. The company’s new strategy is to focus on becoming a major media and advertising powerhouse, which has resulted in major revenue declines for the company over the past few years. Despite AOL stopping the revenue bleeding in Q4 of 2011, the company is still trying to find ways to cut costs.

VentureBeat has reached out to AOL for confirmation about the layoffs and will update the post with any new information.