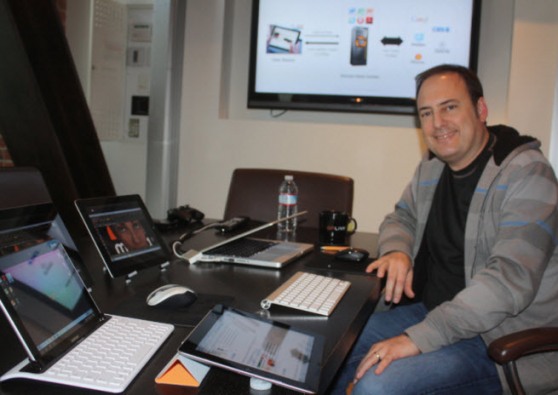 The OnLive Desktop app enables users to run a Windows desktop on an Apple iPad or Android tablet, freeing users from their PCs even if they want to use Microsoft Office. It’s a great innovation from cloud-streaming firm OnLive, but Microsoft said this week that the app is apparently in violation of licensing terms for Microsoft’s operating system.

“Some inquiries about these scenarios have been raised as a result of recent media coverage related to OnLive’s Desktop and Desktop Plus services. Additionally, the analyst firm Gartner raised questions regarding the compliance of these services last week,” Joe Matz, corporate vice president of worldwide licensing and pricing at Microsoft, said in a blog post on Wednesday. “We are actively engaged with OnLive with the hope of bringing them into a properly licensed scenario, and we are committed to seeing this issue is resolved.”

We haven’t yet heard back from OnLive about this development. OnLive launched the OnLive Desktop app for the iPad in January and it enabled users to use PC apps on an iPad through cloud streaming. The Palo Alto, Calif.-based startup first started streaming games in 2010 using its unique cloud technology, which executes applications in web-connected data centers and then streams video of the apps to users’ machines.

The benefit is that high-end apps can run on low-end hardware and apps that were never designed to run on mobile devices can do so. Then the company brought the OnLive Desktop to Android tablets. The OnLive Desktop Plus service comes with a super-fast browser and costs $4.99 a month. OnLive is also launching an enterprise version soon.

“Organizations and end users should note that OnLive Desktop Plus may present Microsoft licensing risks for organizations if consumers install the product on company iPads or use it to edit company documents from personal devices,” Gartner said. “Neither Microsoft nor OnLive has provided clear guidance on how users of these [service] products must comply with Microsoft licensing requirements.”

Matz said, “Customers that want to work with partners to have them host Windows 7 in a Virtual Desktop Infrastructure solution on their behalf, can do so when the customer provides the partner licenses through the customer’s own agreements with Microsoft. The hosting hardware must be dedicated to, and for the benefit of the customer, and may not be shared by or with any other customers of that partner.”

As we noted earlier, the OnLive Desktop cloud service is potentially disruptive to a number of different parties in the documents and web-browsing ecosystem. OnLive has built a robust global cloud, or web-connected data centers, that can operate apps on your device as quickly and responsively as if the apps running in the data centers were actually running on your local device. OnLive says the cloud works so fast that you won’t notice that the app isn’t running locally.

OnLive Desktop is ultimately a threat to Intel’s consumer microprocessor business, since users will be able to access demanding applications with low-end hardware. They may have no reason to use a high-end PC to access a lot of heavy-duty applications. This phenomenon, envisioned many years ago by people such as Google Chairman Eric Schmidt when he worked for Sun Microsystems, is known as “hollowing out the PC.” It means that heavy-duty internet-connected servers, or the cloud, could reduce the need to have a lot of processing power in a PC. The more powerful the cloud, the less power you need in your PC.

Microsoft is rumored to be working on a version of Office for the iPad.

OnLive chief executive Steve Perlman started patenting the ideas for this kind of product as far back as 2002. The OnLive Desktop allows you to combine the touch gestures of a tablet with an on-screen Windows keyboard and handwriting recognition. That lets you conveniently view and edit complex documents on a tablet with the same efficiency as if you were editing them on a PC.