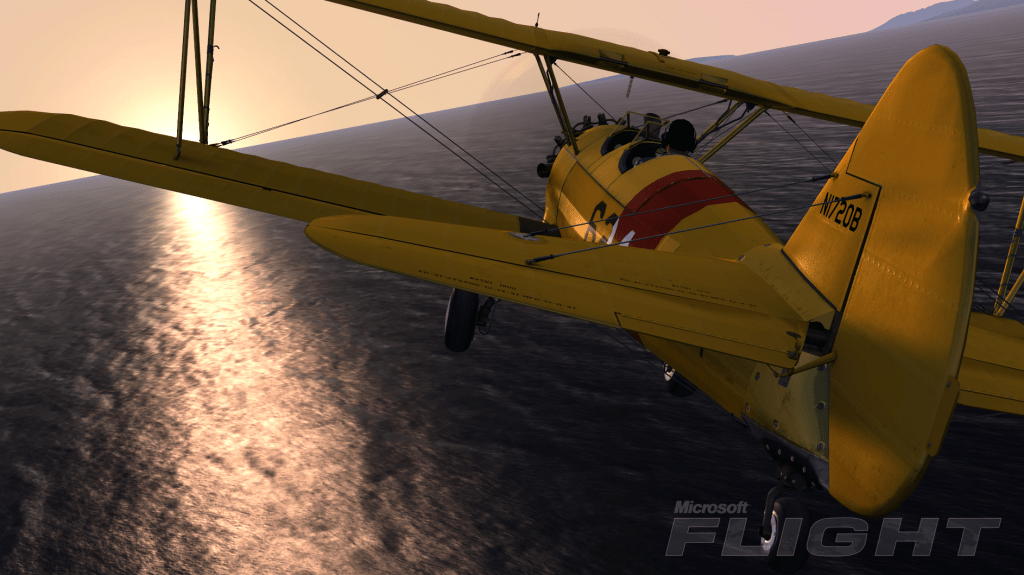 Before we start, there’s something I need to confess. When it comes to flight simulators, I’m a complete novice. Fear not though, because Microsoft Flight is intended to get everyone in the air, “whether you are a casual gamer who has always wanted to fly, or an experienced pilot who wants to test your skills.” The question is, can Microsoft’s free-to-play simulator really help rookies like myself get airborne, while maintaining enough depth to satisfy veteran pilots?

Microsoft Flight is a very new approach to packaging a flight simulator, from a company with a grand tradition in this area. The game is presented as a free download, giving access to the Big Island of Hawaii, along with two starter planes with which to explore the skies. No expensive flight stick is needed to play the game — although it is recommended for more advanced aerobatic manoeuvres — and I managed throughout with just a mouse and keyboard.

Setting Flight in Hawaii was a minor masterstroke by Microsoft, as the island offers a substantial variety of scenery and locations, while not being too large as to be daunting to newcomers. The main island offers a total of 13 airstrips, which range from small dirt runways, nestled in among the trees, to large commercial affairs. Alongside these, you are free to touch down anywhere that seems flat enough. You can even land in the sea, thanks to the amphibious capabilities of the slow but stable starter plane, the Icon A5 (pictured right).

Landing your plane successfully, on land or water, accounts for a large proportion of the initial challenges and missions in Flight. My first faltering approaches at fairly decent sized runways were pretty awful, and resulted in me overshooting, undershooting, and even forgetting to engage my undercarriage on one occasion. The game wouldn’t let me fail indefinitely though, and verbal prompts and visual cues helped me get back on track. Eventually I was touching down with what seemed to be a decent success ratio, even on the tiny dirt runways hidden away in the Hawaiian countryside.

In addition to the numerous landing challenges on offer, Flight likes to gauge your ability at negotiating glowing rings and picking up virtual trinkets in the game world. My first attempt at a Challenge Course mission, which involves flying through a sequence of hoops in the correct order, resulted in a quite exhilarating descent through a tree-lined valley, towards the ocean. There are three such challenge courses in the free version of Flight, along with two Gold Rush challenges, which task you with collecting 25 rings from a given location within an allotted time.

These challenges are a clear attempt by Microsoft to engage an audience that would not traditionally be found playing flight simulation games. While many veteran pilots may object to their inclusion in Flight, I found them engaging, challenging, and perfect for a ten minute blast on the game. Buzzing past rooftops in an open cockpit plane is always fun, and having glowing collectibles as justification for doing is a welcome move.

The freedom of Free Flight

Despite the short blasts of fun that the challenges offer, the feeling of discovery and exploration in Flight is better represented by the Free Flight mode, which has been augmented here by the addition of ‘aerocaches’. These are small, glowing objects placed in different parts of the island, and their discovery and collection can either be by happy accident, or the end result of a planned excursion. Swooping under a bridge to collect an aerocache was hugely satisfying, as was climbing over 14,000 ft to the highest point on the island, and this guided exploration, more than anything, represents what Flight does best.

Free Flight mode is available from any of the thirteen airstrips, and the weather conditions, seasons and time of day can all be quickly altered, to give a diverse range of flying experiences. Taking off in a thunderstorm with a strong prevailing wind proved impossible in the Icon A5, and resulted in some hilarious false starts. The Boeing PT-17 Stearman, on the other hand, coped admirably with bad weather, and taking to the skies at dusk with rain lashing down and a red glow dimly visible on the horizon, was a surprisingly beautiful experience.

In addition to user defined flying conditions, there are a number of flight control assistance options in Flight, which can be switched on and off, to help newcomers or enhance the experience of veteran pilots. These options are automatically turned on at launch, but even as a relative rookie to the genre, I found myself switching some of them off after a few hours, which actually gave the game a more satisfying feel. 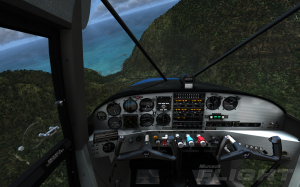 My somewhat aging PC coped well with Flight on low and medium graphics settings, but the frame rate dropped significantly with everything set to high. However dense or detailed the scenery becomes on the ground though, the sky always remains the star of the show, with the variety of weather conditions and times of day available offering players some gorgeous vistas, even on low settings. In this respect Microsoft has done an admirable job of balancing graphical performance with accessibility for a wider audience.