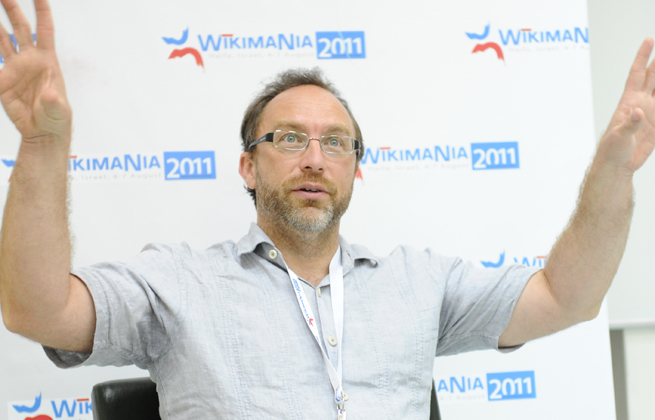 The British government wants to open up and get the public more involved in policy-making, and it is bringing on Wikipedia founder Jimmy Wales as an unpaid advisor on the initiative.

Rohan Silva, a senior aide to UK Prime Minister David Cameron, made the announcement Sunday evening during the “Crowdsourcing Government: Why Access Matters” panel at SXSW in Austin, Texas.

The news was then promptly announced on Twitter by Tim Kelsey, the British government’s recently appointed executive director for transparency and open data.

“He will advise Government on developing innovative new ways technology can be used to give the public a greater say in the policy-making process,” a British government spokesperson told the Telegraph about Wales’ new gig.

But what would crowdsourcing a government really mean for citizens? In theory, members of the general public could use tools like wikis to make their voices better heard than through mere voting, and they could also actively participate in solving problems. For example, the U.S. runs Challenge.gov, a site that encourages innovation at federal and national agencies through contests. The communication goes both ways: When government data is freely available to the public, citizens can collaborate with the government on projects that benefit everyone, and there is an increased level of transparency for the city or country in question. At least, that’s the plan.

In the UK, the push to embrace technology has been picking up steam. The government is working on turning its main website into a portal for all government services and information. The next step, effectively gathering feedback from the masses and using that information to direct policy, will be tricky. The UK has attempted to crowdsource feedback before, with middling results. And while getting people to speak their minds isn’t difficult, deciding if and how to use that data is tricky. Would a truly crowdsourced government be utopia or “Idiocracy?”