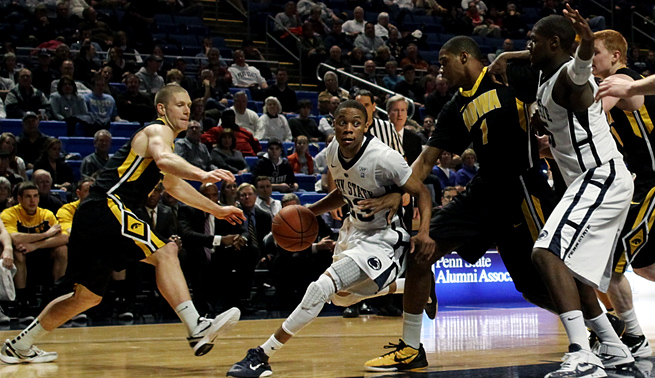 With the NCAA March Madness basketball tournament schedule set as of last night, it’s time to get ready to watch the action no matter where you are. With NCAA’s brand-new Android app and updated iOS app, you can watch the games even if you’re slaving away at work.

As the NCAA’s March Madness basketball tournament is one of the most widely watched sporting events of the year, it’s important for the organization to maximize the ways people can see the games. Last year, on-the-go fans could only watch on iPhones, iPads, and iPod touches. Now many owners of Android phones will also be able to get in on the action.

Streaming only will work on Android phones running Android 2.2 (Froyo) and up for now. Unfortunately, Android tablets aren’t included in this, so only iPad owners will be watching the games via tablet.

For free, you’ll be able to listen to live game radio of all 67 games, fill out your official NCAA Bracket Challenge bracket, track your bracket progress, and post on Facebook and Twitter. However, unlike last year, you’ll have to pay up to watch the games, but the price tag is only $3.99. Thankfully, this will give you access to watch the games on your computer as well.

I’m sure $3.99 is a small price to pay for all the sports fans working office jobs that aren’t allowed to use their computers to stream. Instead, they’ll watch the games on iOS and Android phones at their desks. Don’t tell my bosses, but I’ll probably be streaming my Missouri Tigers on Friday before work lets out.

Will you be paying $3.99 to stream the games to your mobile device and computer?