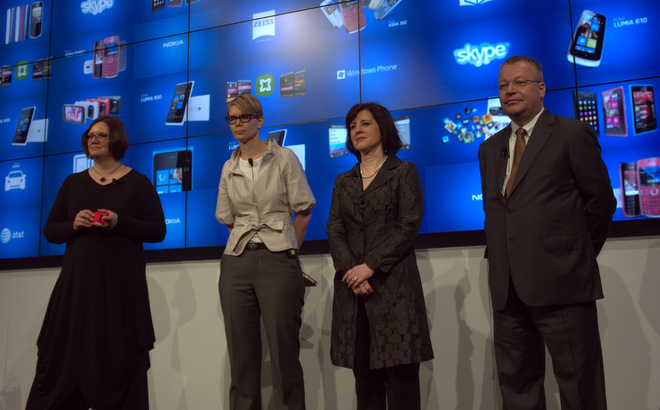 As we’ve been expecting, it looks like Nokia is gearing up to announce some sort of Windows 8 tablet soon.

Nokia is apparently working on a 10-inch Windows 8 tablet running an ARM-based processor for release by the end of the year, according to a report by Digitimes, a Taiwanese news site with admittedly flimsy rumors at times.

In this case though, I don’t find Digitimes’ report too hard to believe. Nokia has gone all-in with Windows Phone 7, and its CEO Stephen Elop has often mentioned the opportunity tablets provide. Microsoft is betting its entire tablet strategy on Windows 8 — both through full-fledged Windows 8 PCs in tablet form, and more lean Windows on ARM (WoA) devices, which won’t run legacy Windows apps.

It makes total sense for Nokia to be one of the leading Windows 8 tablet makers. Not only has the company consistently shown its manufacturing expertise (look at the gorgeous Lumia phones), it’s also in the rare position to build a WoA tablet with fresh eyes. Nokia hasn’t wasted its time building Android tablets (though it did pioneer early tablets with devices like the N800), and it’s not coming at slates from the perspective of a traditional computer maker like Dell. (We’ll forget the Booklet 3G ever existed.)

According to Digitimes, the Nokia Windows 8 tablet will run a Qualcomm dual-core CPU — most likely the company’s Snapdragon S4. Nokia is said to be outsourcing production of the tablet to Compal, and it’s aiming for initial shipments of around 200,000 units.