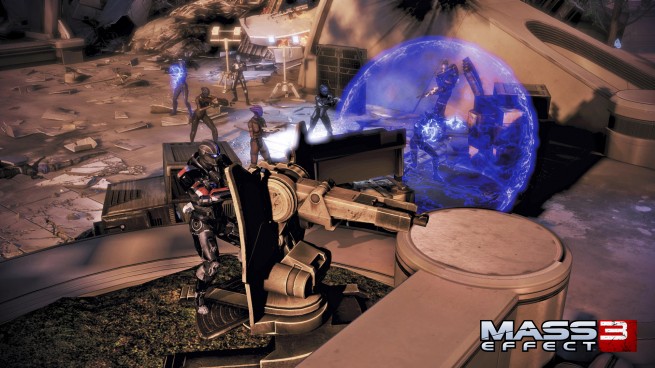 Less compelling than Mass Effect 2
I remember Mass Effect being a solid spiritual successor to BioWare’s Knights of the Old Republic and Jade Empire. Mass Effect 2, however, had the advantage of building off the first game’s strengths, while further expanding the overall universe and Shepard’s legend. The Seven Samurai approach to gathering a rag-tag team of characters and heading off towards a grand finale unreservedly referred to as the “suicide mission” was space drama at its best. The uneasy alliance with Cerberus and the Illusive Man added an extra layer of tension and intrigue to the story, all while the incalculable Reaper threat loomed ever closer.

In Mass Effect 3, all of that mystery is stripped out. Before you’ve even gained your bearings, the Reaper invasion of Earth is underway. There’s no build-up (unless you literally just finished Mass Effect 2 five minutes ago), and therefore the big moment rings somewhat hollow when it finally arrives. And then you’re off, on a mission to rally the different races of the galaxy together for a major push against the seemingly invincible Reaper forces.

“Sorry Shepard, but we have troubles of our own. If you go down to this remote planet and check on a single fucking scientist to make sure he’s okay, we may consider helping you with your thing.”

–every character in Mass Effect 3

At any point you could fly the Normandy through the plot holes in Mass Effect 3’s story. How can any race spare even a single ship when their homeworld is being systematically obliterated just as Earth is? Why does Commander Shepard still have to jump through hoops to get people to help save the galaxy? This is how every conversation should play out in Mass Effect 3: “I need your help to stop every organic life-form in the galaxy from becoming extinct. Grab your shit and let’s go.” And this is how conversations actually play out: “Sorry Shepard, but we have troubles of our own. If you go down to this remote planet and check on a single fucking scientist to make sure he’s okay, we may consider helping you with your thing.”

A huge part of what made Mass Effect 2 so great was all the different characters, and while they will make predictable cameos in the third game (assuming they didn’t die before), the playable cast was cut in half. On top of that, one of your characters spends the majority of the game in a hospital bed, and another slot is assigned to James Vega, a moronic meatbag voiced ineptly by Freddie Prinze, Jr. I’m not sure why BioWare games always need to stick you with the most vanilla character from the onset (Kaidan, Jacob, Vega, Alistar), or why they would waste another slot on such a boring character when there are far more captivating alien races to choose from–many of which have not and now never will be playable.

Unlike Gears of War 3, which was too cowardly to kill off anyone in its final moments, Mass Effect 3 plays out like an episode of Game of Thrones. I sadly found very little attachment to characters I held on to for dear life in Mass Effect 2. Knowing that this was the conclusion of the trilogy and their survival was ultimately meaningless (especially given the fruitless endings, and the fact they weren’t playable), the supporting cast easily became expendable.

Finally, as you may have heard from the thousands of angry Redditors, forumgoers, BioWare community members, and Metacritic user reviews, Mass Effect 3’s ending is a major letdown. Like in Deus Ex: Human Revolution, you’re given a “what’s behind door number X” multiple choice, but all three endings use the same cookie cutter template. All your actions as a Renegade or a Paragon, all your sacrifices, all of the story, thrown out the window in a matter of minutes. The fate of the Normandy and its crew is left vague, providing no closure whatsoever. Basically, this game is the Terminator 3 of the Mass Effect series. 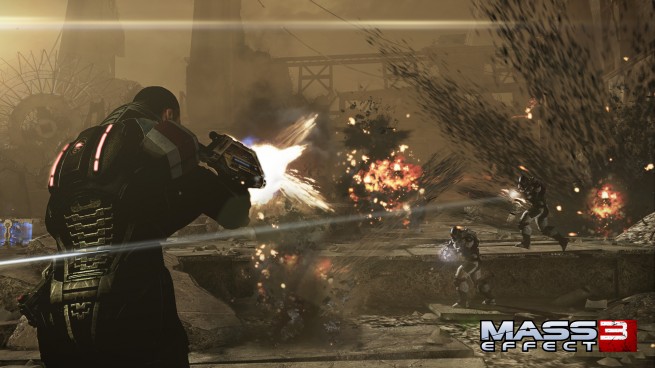 CONCLUSION
I’ve played thousands of games in my lifetime, and I’ll play thousands more. Mass Effect 2 will undoubtedly continue to put the large majority of them to shame, while Mass Effect 3 will be remembered as an exceptional experience marred by no small amount of issues, both technical and by design. Make no mistake — what BioWare does well, it does better than the vast majority of other developers. I was equally exhilarated and disappointed by Mass Effect 3, and though I mostly enjoyed Commander Shepard’s final chapter at the time, I’m now left pondering everything that it could have been, yet sadly never will be.

Mass Effect 3 was released on March 6, 2012, for the Xbox 360, PlayStation 3, and Windows PC. An Xbox 360 copy was provided by the publisher for the purpose of this review.