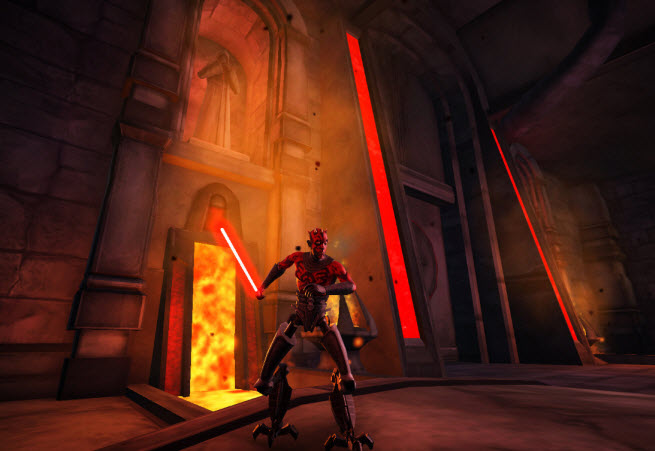 “We haven’t noticed much in common with the audiences,” Carson said at the recent Game Developers Conference. “Theirs is a hardcore massively multiplayer online game with a different gameplay style than what we offer. Ours is more casual. It doesn’t have as much character development, and we have features such as the ability to own and decorate your own house. It hasn’t affected us at all, the fact there is another cool Star Wars game out there. December and January were our best months since our launch.”

Clone Wars Adventures, published by Sony Online Entertainment, has been out since September 2010, and it gets a continuous stream of new users in part because of the Star Wars: The Clone Wars animated TV show that appears Fridays at 8 p.m. on the Cartoon Network. The show is now in its fifth season. The game is a family-oriented, free-to-play title with subscription options.

“We get a big influx of users whenever a new episode airs on TV,” Carson said. “We consider the game and the TV show to be one entertainment property.” 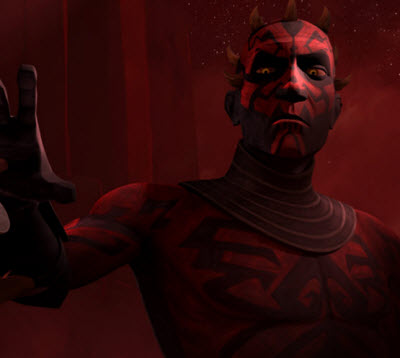 One of the big episodes airing soon is a show that features the return of Darth Maul, the devilish Sith Lord who Jedi Obi-Wan Kenobi sliced in half (but apparently didn’t kill) in the Star Wars: Episode I film, which is out in stereoscopic 3D in theaters now. Maul is now on prosthetic legs, and he’ll make a splash in the online game after his appearance on TV.

Carson says that about 30 percent of the game’s users are adults, and 70 percent are children. That may be one reason why The Old Republic hasn’t cannibalized the Clone Wars Adventures audience, since the EA game is aimed at an adult audience. The primary age group for Clone Wars Adventures is eight to 12-year-old boys.

Asked why the game is so popular, Carson said, “It’s Star Wars. Who doesn’t love Star Wars? The TV show is great, looks great, has lots of action. And we’ve taken that and put it right into our game.”

The team had 55 developers working on the online game before it launched and it now has about 25 or so developers working on it. Full told, counting operations, customer support, and other staff, there may be around 150 people working on Clone Wars Adventures. Every week, Sony Online Entertainment collaborates with George Lucas’s team at Lucasfilm. The Lucas folks share assets from the show so that Sony’s artists can craft additions for the game.

And the Lucas staff reviews what Sony does to make sure it all fits with the Star Wars canon. Mary Bihr, vice president of global publishing at LucasArts, says that Clone Wars Adventures does an exceptional job of integrating the storyline from the TV show.

Sony’s team often writes separate storylines, such as new fiction in the game that will bridge the end of one TV episode season to the start of the next one.

The free-to-play Clone Wars Adventures now has a wide variety of gameplay, from 3D minigames to tower-defense battles. About 20 percent of the game is available for free to players. But Jedi members pay $5.99 a month and get access to the full experience.

At the one-year point, Clone Wars Adventures had reached eight million registered players. It has had more than 80 updates, including some major releases that coincide with events in the animated TV series, including the summer release of Mission on Iceberg Three, the minigame Aquatic Assault, and the combat environment in the Battle of Umbara. (In December, this addition introduced combat for the first time.). More than 1,000 items have been added.

Clone Wars Adventures now has 584 stages of gameplay for players. There are 96 trophies to earn and 20 minigames, the most popular including Republic Defender, Galactic Forces, Lightsaber Dueling, and Starfighter. The most popular character to battle in the game is the Rancor monster on Umbara. The game has 30 droids and creatures, more than 15 titles for players to earn, 37 lightsabers, 36 ranged weapons, and 18 other weapons. And Jar Jar Binks has been tossed more than 4.5 billion meters in the Stunt Gungan game.

Darth Maul will be making his debut in the Clone Wars Adventures game on March 15, horns and all. The Sony team prepared for Maul’s debut for four months. Beyond that update, another world is in the works.

“We’re going to have a lot of content in one update, like Darth Maul’s lightsaber,” Carson said.