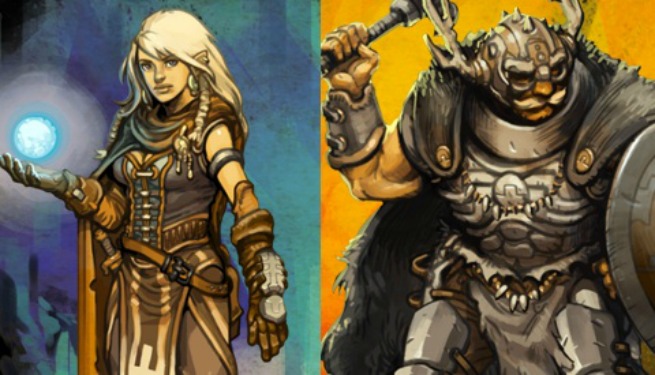 It appears that video game publisher ZeniMax Media and Minecraft developer Mojang have kissed and made up.

The two companies have reached a settlement in their lawsuit over use of the word “Scrolls,” ZeniMax today announced. The publisher filed the complaint last year, alleging that Mojang’s application to trademark the name for a new digital card game infringed on its own trademark for “The Elder Scrolls” franchise published by subsidiary Bethesda Softworks.

Back in August, Mojang founder Markus “Notch” Persson said on his blog he felt the publisher didn’t have much of a case, but still took the suit seriously. “Nothing about Scrolls is meant to in any way derive from or allude to their games. We suggested a compromise where we’d agree to never put any words in front of ‘Scrolls,’ and instead call sequels and other things something along the lines of ‘Scrolls – The Banana Expansion,'” he said.

“The implication that you could own the right to all individual words within a trademark is also a bit scary,” he added.

Under the terms of the settlement, all ownership rights to the “Scrolls” trademark will transfer to ZeniMax. The publisher will then license that trademark to Mojang to be used solely in conjunction with its upcoming game and any add-on material it creates afterwards. ZeniMax says the terms of the settlement bar the Swedish developer from creating future titles with the trademarked name, including sequels.

Robert Altman, chairman and CEO of ZeniMax Media, says the company is pleased it has settled the matter amicably. “The Elder Scrolls is an important brand to us, and with this settlement we were able to protect our valuable property rights while allowing Mojang to release their digital card game under the name they preferred.”

Notch seems content with the settlement as well, stating on Twitter, “We settled a dispute we were having, and all is right with the world :D [sic]”