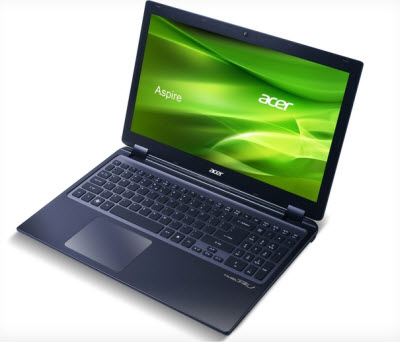 Acer has begun selling its Acer Aspire Timeline Ultra M3-581TG Ultrabook(thin laptop) — the first Ultrabook that has a stand-alone graphics chip in addition to the integrated graphics in the laptop’s Intel chip. That means the new computer will be thin and light yet still able to run outstanding graphics in games such as Battlefield 3.

The machine runs with Intel’s powerful Sandy Bridge microprocessor. It also uses a discrete graphics chip from Nvidia under the name GeForce GT 640M. The graphics processing unit (GPU) is based on the upcoming Kepler architecture that Nvidia plans to reveal in the near future. The chip has 384 processor cores running at 625 megahertz.

Epic Games referred to the Kepler graphics chip when it showed a system running its “Samaritan” demo, a spectacular 3D graphics showcase animation, last week at the Game Developers Conference. Mark Rein, vice president at Epic Games, said the graphics card was so powerful that it could run the Samaritan demo with one card. A year ago, it took three Nvidia GeForce GT 580 graphics chips to run the Samaritan demo, which is designed to give people an idea of next-generation gaming.