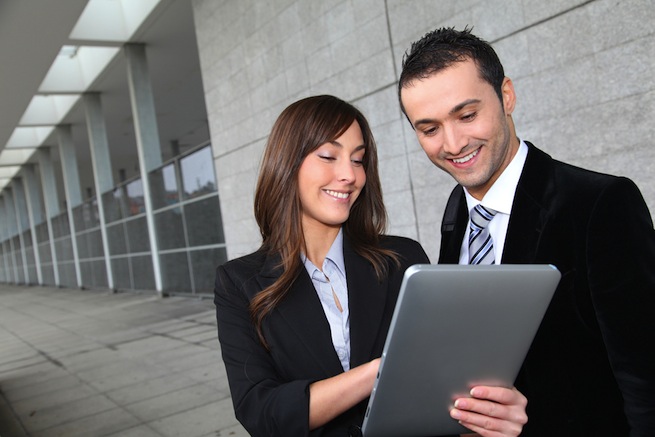 A startup called Apperian just raised $12.4 million to help businesses build their own apps and access them on tablets and smartphones.

The company developed its Enterprise App Services Environment (EASE) platform to let companies create and deploy apps for their employees to use. Instead of dealing with the approval process to publish an app to the Android Market or the iOS App Store, which can take time and resources, businesses can publish their apps with Apperian.

By logging in with your company’s credentials, you only see the apps for your company, unlike the mainstream app stores. Apps can also be customized based on each employee’s department, so the sales staff can’t access the IT department’s apps and vice versa.

Last fall, Apple reported that 93 percent of Fortune 500 companies have deployed or are testing iPads, and Apperian is hoping to capture a piece of that market. Apperian is also trying to get in on the bring-your-own-device movement, in which more and more employees are bringing their own phones and tablets to use at their jobs.

Apperian competes with SAP, which offers pre-made apps for businesses to do work on phones and tablets.

Apperian is based in Boston and recently opened offices in the United Kingdom and France. This round of funding came from existing investors North Bridge Venture Partners, Kleiner Perkins Caufield & Byers’ iFund, Bessemer Venture Partners, and Common Angels. The company has raised $24 million to date. Apperian is available for iOS, Android, and Blackberry.