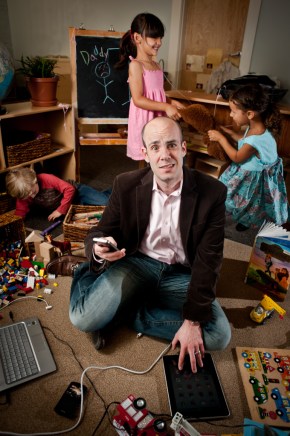 Parents, politicians, and educators often criticize video games as a waste of time that distract kids from healthier activities such as school, outdoor play, sports, and community service. Just one problem: Research is quickly proving the theory wrong and illustrating that gaming can be a beneficial and well-rounded part of a healthy, balanced media diet.

Moreover, due to their interactivity, at odds with passive mediums such as television, kids’ video games can actually be one of today’s most powerful tools for sparking learning and creativity. But while gaming offers tremendous potential, it also bears remembering: It takes a running commitment from parents and teachers to actively follow and participate in the pastime to make it a truly safe, healthy, and rewarding part of household life.

Among the findings she cites are the marked benefits of outings like the Legend of Zelda and Bakugan games, which encourage planning, problem solving, and creative self-expression. Olson also says games such as the Civilization series can spark interest in history and geography, while others encourage socialization, exercise, healthy competition, and leadership. Curiously, she points out, many parents still fixate on the negative aspects of gaming, when in fact the hobby — and many high-profile selections — are now a normal, intrinsic part of childhood and growing up.

“Games can definitely be good for the family,” says Entertainment Software Rating Board (ESRB) president Patricia Vance. “There’s plenty of selection. Oftentimes I think parents feel that they’re not because video games in the media are portrayed as violent, and hardcore games tend to get the lion’s share of publicity. But parents also need to be comforted knowing that E for Everyone is by far largest category [of software]. Nearly 60% of the almost 1700 ratings we assigned last year were E for Everyone, which means there’s a huge selection of games available that are appropriate for all ages.”

What’s more, kids aren’t the only ones who stand to benefit from button-mashing (and not just because the average player is now 37 years old and more adult women play than teenage males). Research from the Office of Naval Research (ONR) actually indicates that video games can help adults to process information much faster and improve their fundamental abilities to reason and solve problems in novel contexts.

A study published in a recent edition of Archives of Surgery also says that surgeons who regularly play video games are generally more skilled at performing laparoscopic surgery. Findings by Daphne Bavelier, a professor of brain and cognitive sciences at the University of Rochester, likewise reflect that video gamers show real-world improvements on tests of attention, accuracy, vision, and multitasking after playing certain titles. No surprise there, confirms Michael Stroud, a professor of psychology at Merrimack College, who explains that games’ active demands on our attention and working memory all map well to performing similarly complex real-world tasks.

What’s more, experts say, serious games and virtual environments may be the future of education. Not only do students find gaming more approachable and engaging than lectures and PowerPoint presentations, they insist on them. Simulations also provide a more inviting and lifelike context in which to make choices, see results, and apply learning in real-time. The Federation of American Scientists (FAS) states that kids actually need more, not less, video game play as a result. Citing games’ ability to prepare workers for the increasingly competitive global job market, the organization says that games promote strategic thinking, interpretative analysis, plan formulation, and ability to respond to change.

Ironically, these are the same talents employers now demand from prospective recruits. From Cisco to IBM, NASA to Nortel, government and corporate leaders are increasingly turning to principles of gamification to enhance productivity, sales, and job satisfaction. According to an Entertainment Software Association study, nearly 80% of major employers plan to implement interactive software and games-based training by 2013. 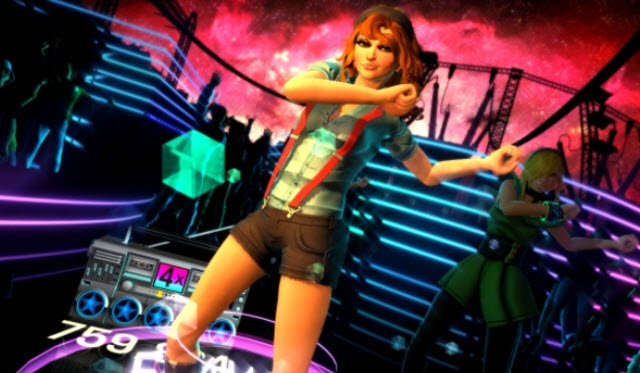 Setting aside so-called “serious games” titles specifically designed to teach and inform, even average, everyday outings such as Dance Central 2 encourage families to spend time together and bond over shared interests. Many also interweave positive messages into play that promote ethical and social behavior. Case in point: In a series of experiments published in the Journal of Personality and Social Psychology, researchers found that participants who had just played a “pro-social” game wherein characters cooperate as compared to those who had just played a “neutral” game (e.g., Tetris) were more likely to engage in helpful behaviors. Many outings — including social and massively multiplayer games of all stripes — likewise encourage cooperation and teamwork. Others, especially motion-controlled titles for the Wii and Wii U, PlayStation Move, and Xbox 360’s Kinect, prompt kids to get up off the couch and exercise.

In fact, the best way to make games a safe, fun, and enriching part of everyday life is for parents to take an active interest and involvement in the hobby. Not only does a willingness to go hands-on with specific games and consoles help caregivers stay more informed, they can better understand the capabilities and potential usage contexts various systems/titles offer. It also proves encouraging to children, provides a shared activity all ages can come together over, and fosters greater communication and understanding across generations. From providing safe escapes to fostering interest in subjects like math and science and helping kids see the world from different perspectives, games can be beneficial. But it bears remembering: Like any form of screen time, games should also be balanced with other low-tech activity — playing sports, reading a book, enjoying nature, etc. — and parents should proactively educate kids to potential dangers surrounding the medium.

Ultimately, rather than fixate on sensationalized issues, adults would do well to remember: Video games can be a wonderful pastime for children — one that families should embrace. As with more traditional aspects of parenting, though, finding success with the high-tech hobby requires leading by example. Teach kids safe, healthy, and positive computing habits, and the virtual world will be the whole family’s joy to discover. 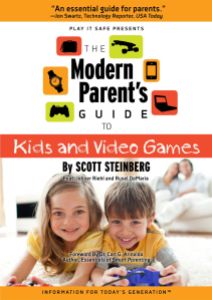 Scott Steinberg is the author of the world’s first high-tech parenting series, The Modern Parent’s Guide, free to download at www.ParentsGuideBooks.com. A professional keynote speaker and the head of business consulting firm TechSavvy Global, he’s among today’s most-quoted high-tech analysts and is a regular on-air correspondent for ABC, CBS, NBC, FOX, and CNN. He is the creator and host of popular online video shows Tech Industry Insider and Family Tech. His latest book, The Modern Parent’s Guide to Kids and Video Games (2012, Power Play Publishing), is 100% free to download at www.VideoGamesandKids.com and is also available on iBooks and Kindle ($3.99) and in paperback ($17.99) editions.