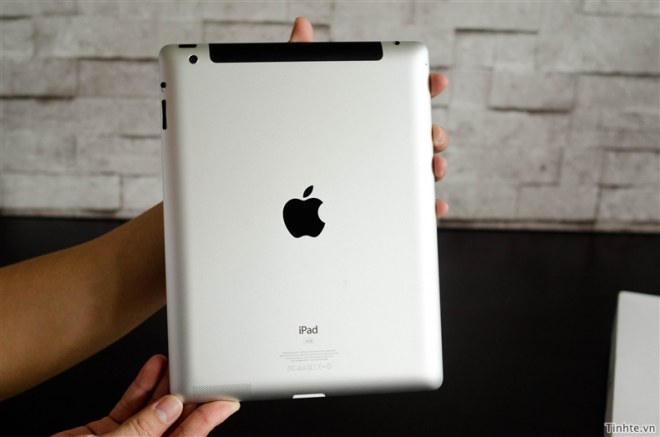 You can feel free to hate the geeks at the Vietnamese site Tinhte.vn, who always seem to get their hands on new Apple products early.

The site has published the first unboxing video for Apple’s new iPad, and while it doesn’t seem all that different from unwrapping past iPads, it’s still fun to live vicariously through the thrill of Tinhte.vn’s crew.

The site also published the first official benchmarks from the new iPad, which confirms that it now sports 1 gigabyte of RAM (double the iPad 2’s amount), while its CPU clock speed remains at 1 gigahertz. The RAM upgrade makes sense when you consider the new iPad’s 2048 by 1536 Retina Display — a resolution that will require lots of additional memory to handle games and complex apps.

Even though its CPU speed is the same as the iPad 2, the new iPad features faster quad-core graphics, which makes it better suited for games and apps using computer graphics.

Using the Geekbench benchmarking app, Tinhte.vn found that the new iPad had a Geekbench score of 756. Curiously, running the same benchmark on my iPad 2 landed it a score of 764. Perhaps a future version of Geekbench will be able to show how the new iPad is faster (likely when it comes to games), but it looks like the core processing speed is the same.

Check out the unboxing video below (in Vietnamese).