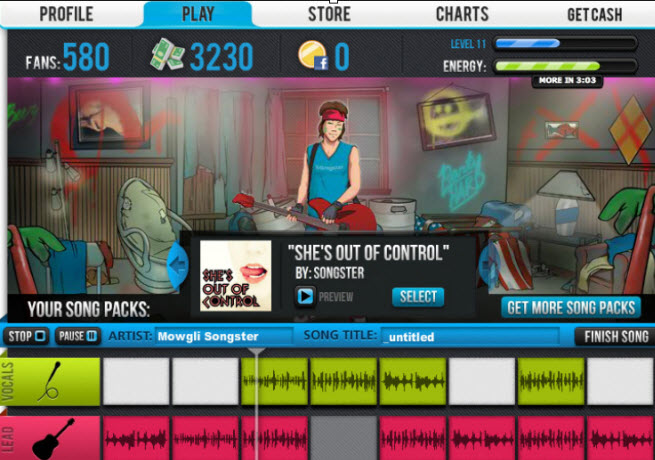 You can let your inner rockstar out, now that Mowgli is launching a music-creation social game called Songster. The Atlanta-based company is releasing the game on Facebook and touting it at the SXSW event in Austin, Texas.

Mowgli hopes to help gamers escape the powerful gravity of Zynga games on Facebook and try something new where they can collaborate to create songs, art, and videos. If they succeed, they can say that innovation still lives in social network games. Stop making fake farms, Mowgli says, and start making real songs.

The company is launching the game at a South by Southwest  event co-hosted by the Quantum Collective at Rusty’s.

“We wanted to allow players to create something real: something players can produce themselves and show off outside the game — truly great music,” said Marshall Seese, Jr., chief executive and founder of Mowgli Games. “People play games on Facebook to entertain themselves and connect with one another. So we wanted to make Songster a game that’s not only fun, but also lets people create real music they can call their own while engaging in an exciting storyline about a rising musician.”

Seese is a recording artist with Backspace Records. He wanted to create a social game that lets users create something tangible. Players follow the story of a fledgling musician working his or her way up through the ranks of the music business. They play gigs at frat houses and proms. And eventually they launch a worldwide tour. Along the way, they make music and then share the songs they’ve created on friends’ Facebook walls.

Mowgli has created a SongGrid where players drag and drop five second or ten-second sound clips. Mowgli also created the SongPack, a way to package 20 loops of music (drums, bass, lead, and vocal) to work together to form a song.

Mowgli says you don’t have to be a stage musician or even know how to play an instrument. You just create your own music track. The virtual music world will double as a promotion and distribution channel fo rising bands and artists. Indie artists Gordon Voidwell, Anoop Desai, Connor Christian and Southern Gothic, Distal, Klever, and Uncrowned have created song packs for the game that players can use to remix.

“This active experience with the music drives a deeper bond between the player and the artist whose song fueled the song pack,” said Seese.  “Users are then more likely to share their version of the song on Facebook because of the sense of ownership they feel over their creation.  Songster has a lot to offer both social gamers and musicians.  It’s going to be exciting to see where this product goes.”

Seese, Adam Kunz and Mike VanBeneden launched Mowgli in 2010 and raised $550,000 from angel investors. The company is named after the protagonist in Rudyard Kipling’s The Jungle Book. 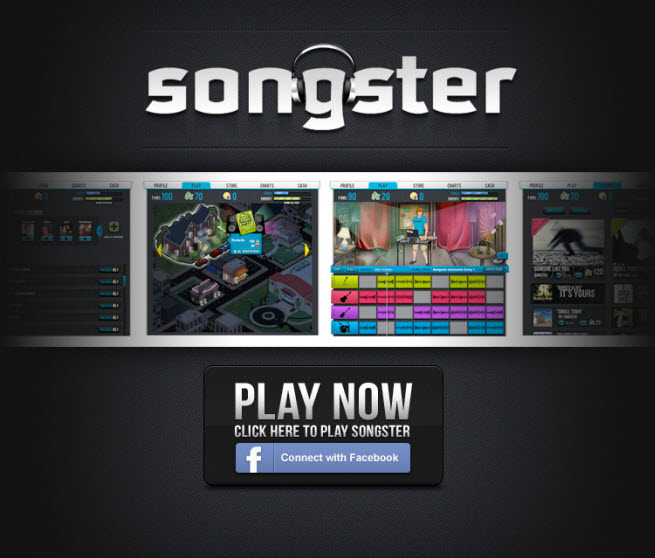