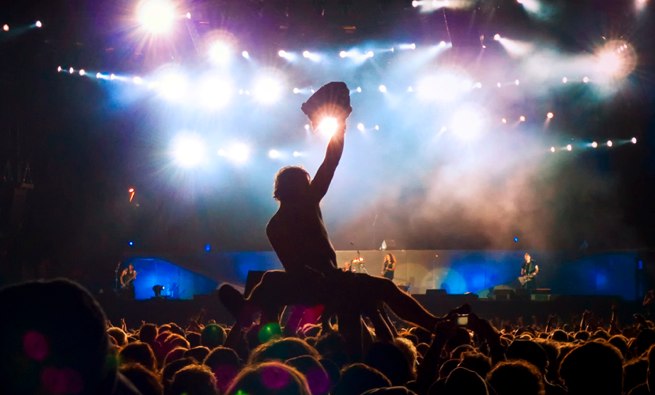 Just months into their new careers at Live Nation, the always entrepreneurially minded Eric Garland and Ethan Kaplan have taken over the asylum (their words) and will bring back bleeding-edge innovation to the ticketing-and-promotions conglomerate, which is comprised of Ticketmaster, Live Nation, and Front Line Management.

The pair are heading up LN Labs, Live Nation’s first-ever investment vehicle created to acquire, invest in, and partner with the most cutting-edge early stage music, entertainment, and infrastructure startups.

The notion behind the fund, first envisioned when Live Nation entered into talks to acquire Garland’s consumer-data startup BigChampagne last year (the deal went through in December), is to try and marry innovative startup culture with the advantages of an existing ecosystem like Live Nation, Garland, now executive vice president and general manager of LN Labs, told VentureBeat. 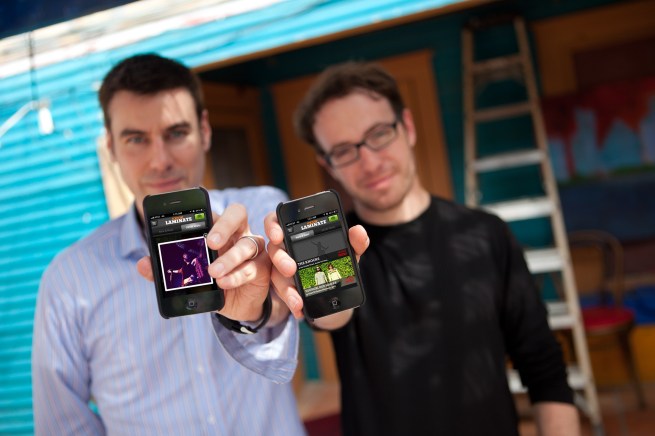 Above: Eric Garland (left) and Ethan Kaplan (right) at SXSW

“You find your holes by walking into them,” added Kaplan, vice president of products for LN Labs.

Kaplan, also new to Live Nation, came to the company from Warner Music Group, where he served as senior vice president of emerging technologies, and spearheaded development around new technologies for some the label’s hottest bands.

In an exclusive conversation with VentureBeat, Garland and Kaplan both came off as quick-moving, sharp-witted brainiacs gung-ho about keeping ingenuity alive at an enormous, aging company. So bright, in fact, that they’ve done a little prototyping of their own in order to solve one of the biggest mobile challenges around: providing app users with information they need, when they need it most, without interrupting life’s richest experiences. 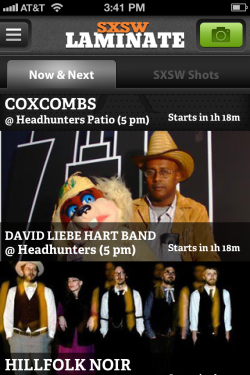 With that problem in mind, Live Nation is furtively field-testing a mobile application called Laminate with roughly 100 alpha testers at the SXSW music festival in Austin this week. The application, released little more than 12 hours ago, aims to help festival goers find the best stages and shows, tell them when to leave to get there in time, and instruct them on other practical matters. The app also provides users with a real-time, streaming experience for sharing photos as they capture them at live shows.

But the boys are also anxious to tackle even bigger problems beyond their scope, and LN Labs will make as many deals as it takes to find the types of products and services that solve big challenges for concert fans, they said.

Specifically, LN Labs will make investments in or acquisitions of consumer-facing products that enhance the before, during, and after-show experience or infrastructure companies that make the overall experience more seamless for users.

For some perspective as to why the fund could prove an important opportunity for nascent companies, consider that Ticketmaster has 27 million monthly unique visitors, and that Live Nation Concerts produces more than 22,000 shows annually for more than 2,300 artists. Reach to that large of an audience and events database are the things upstarts salivate over, especially when fighting off obscurity.

Live Nation did not disclose the size of the fund.