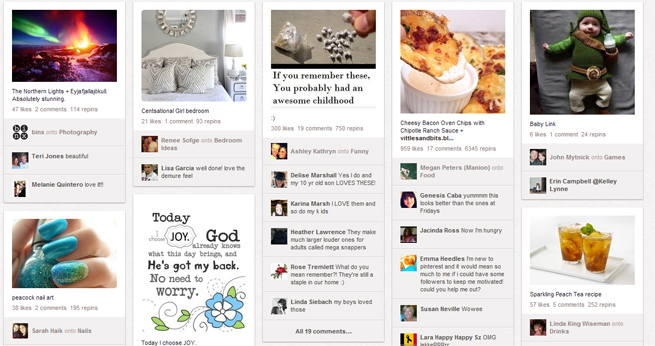 Pinterest launched in 2010, but in the past six months it has seen astronomical growth and now counts as one of the top 10 social networks. According to recent comScore data, Pinterest users spend an average of 89 minutes per month on the site, which easily beats Twitter, LinkedIn, and Google+. Only Facebook users spend more time than Pinterest users, with an average of 405 minutes spend there per month.

Pinterest CEO Ben Silbermann said at the South by Southwest Interactive conference that the company is working on an iPad app and redesigned profile pages. The upcoming iPad app is especially important because the company only offers an iPhone app at present. Silbermann said the new profile pages will have better discovery abilities and that users should see them by the end of this week.

The Pinterest team also has plans to release an open API and will add the ability to pin content from sites like Hulu, Vimeo, and Netflix.

What are you looking forward to most from Pinterest?