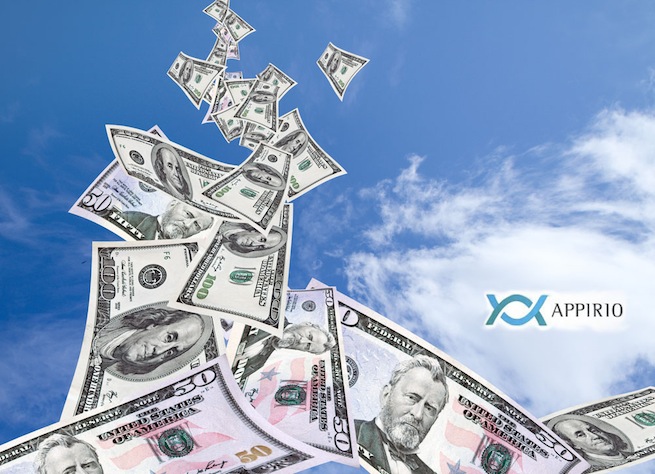 Cloud service consulting company Appirio announced today it has raised $60 million in its fourth round of institutional funding.

The five-year-old company started out helping big companies adopt cloud services such as Google Apps, Salesforce, and Workday. It then turned its attention to cloud app development, creating apps that tie together multiple cloud services and social networks. For example, it developed an app that integrates Google Calendar and contacts with Salesforce calendar and contact lists.

“Customers are driving us to go bigger faster, and we will continue to drive the cloud community,” said Barbin, “We are finding that companies don’t want a large $100 million project from Accenture. Our customers are seeing value in weeks and months, not years.”

Appirio’s competitors are other technology and cloud service consulting firms, including Bluewolf, Accenture, Cloud Sherpas, and Cloud Technology Partners. Appirio focuses more on large corporations that spend millions on IT and cloud services each year. The company even issued a guarantee that it would save large companies $1 million if they used its service, but your company would have to spend at least $5 million to see that kind of savings.

Appirio’s funding is reflective of the steadfast adoption of cloud services among large businesses. Joyent, another cloud service provider that builds private clouds and applications, received a whopping $85 million in funding in January 2012, a further indication of the cloud industry’s traction.

“Global IT is a $300 billion industry and there haven’t been many changes in the industry since companies began outsourcing IT jobs to Indian in the 90s. Appirio said lets disrupt the IT industry,” said Jeff Richards, partner at GGV Capital, a venture capital firm that participated in this round, “The company has grown the business 10 times since we first invested in 09, which impressed us.”

General Atlantic led this round for Appirio. Existing investors Sequoia Capital and GGV Capital also participated. Appirio intends to use the money to develop its technology and support Cloudspokes, its crowdsourced cloud app development service that hosts hackathons for developers. The company previously raised $10 million in 2009. This latest round brings Appirio’s total funding to more than $76 million.

Appriro is based in San Mateo, Calif. and has 400 employees.