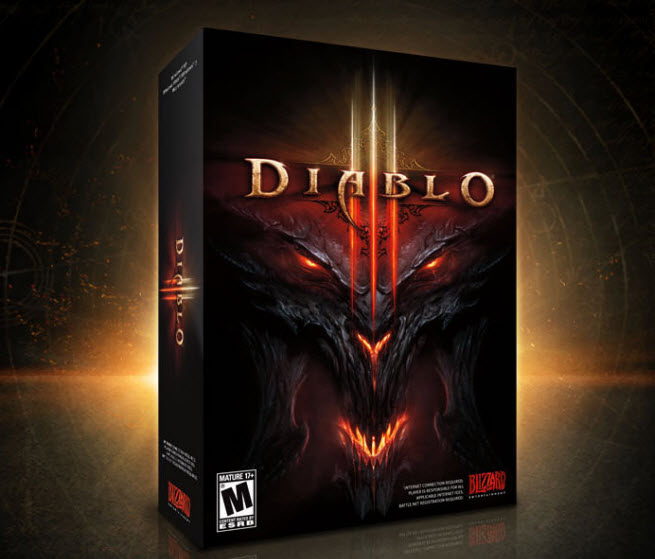 It seems like this one has been in the works forever, and it can’t come too soon for Blizzard, a division of Activision Blizzard, which recently laid off 600 employees due to a loss of subscribers for World of Warcraft. Many observers expect this game, where you fight the legions of hell, to be one of the biggest of the year. Previous Diablo games have sold more than 20 million units, or roughly $800 million at retail.

The game comes 11 years after Diablo II and will debut on the same day in the U.S., Canada, Europe, South Korea, Southeast Asia, Australia, New Zealand, Taiwan, Hong Kong and Macau. Players in Mexico, Argentina, Chile, and Brazil will be able to buy the game digitally via Blizzard’s Battle.net web site. Players can now place digital pre-sale orders for the game today. The game could boost WoW’s numbers — now at 10.3 million users — since WoW users who pay for an annual pass can get Diablo III for free. The pass option expires on May 1.

“After many years of hard work by our development team and months of beta testing by hundreds of thousands of dedicated players around the world, we’re now in the homestretch,” said Michael Morhaime, chief executive and co-founder of Blizzard Entertainment. “We look forward to putting the final polish on Diablo III over the next two months and delivering the ultimate action-RPG experiences to gamers on May 15.

The game will debut on Windows PCs and Macs for $59.99 for either the retail or the digital version. A collector’s edition with a behind-the-scenes Blu-ray two-disc set, the soundtrack CD, a 208-page Art of Diablo III book, a four-gigabyte Soulstone, and Diablo skull base will sell for $99.99. Collector’s edition players also get exclusive in-game content for World of Warcraft.

This release date means gamers will have a fun May. Another big game, Max Payne 3, the next big third-person shooter game from Rockstar Games, will debut on May 29.

In Diablo III, players can be one of five heroic characters: barbarian, witch doctor, monk, wizard or demon hunter. Their job is to rid Sanctuary from the corrupt forces of Burning Hells. The game will be playable on the Battle.net online gaming platform, which offers matchmaking and communication tools. Players can also trade their treasures in the game in the Diablo III auction house, where players can pay in-game gold for other digital items. Players can also receive real-world currency for their digital goods.

Atul Bagga, an analyst at Lazard Capital, said he believes Diablo III can sell 6 million units during 2012 and it will be a slight positive for Activision Blizzard’s stock price.