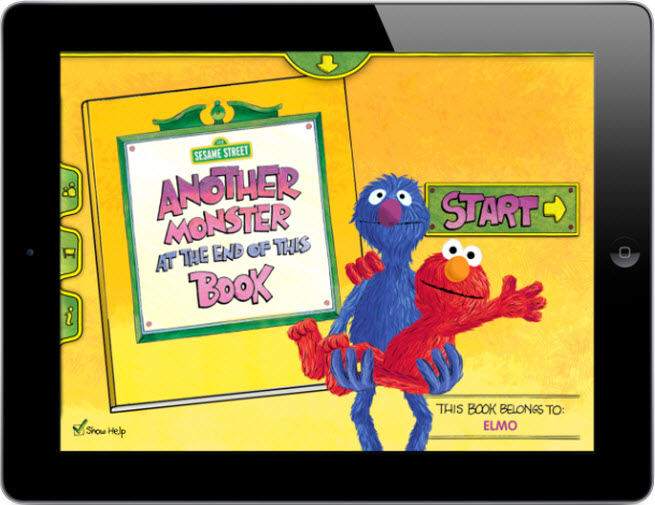 Callaway Digital Arts has built a name for itself as a maker of interactive mobile apps for children. Now it’s inked a deal to make three new apps in a partnership with Sesame Street. 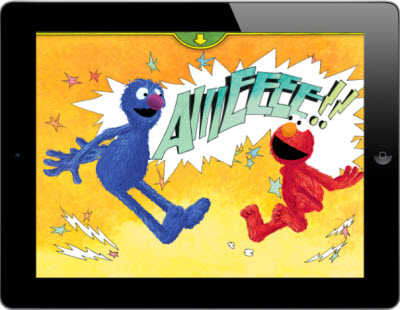 The young company, which has had a number of award-winning apps in the App Store, has worked with New York-based nonprofit Sesame Workshop before on some two big app hits. It is partnerships like these that can make mature brands seem hip in an age when kids are looking at small screens instead of big ones. If iOS (iPhone, iPad, iPod Touch) and other mobile devices keep selling the way they are, we could see more interactive apps consumed than kids books, one day.

“We’ve very selective about the products we work with and this is going to be among the most important partnerships for us,” said Rex Ishibashi, chief executive of New York-based Callaway, in an interview with VentureBeat. “This year, we’ll continue to prove the kids market is a digital evergreen.”

Callaway’s apps are combinations of games and books that build reading and math skills for children ages 2 through 8. The company has made 10 apps to date and all but one have been bestsellers. They’re based on familiar kids properties such as Thomas the Tank Engine and Angelina Ballerina.

“A lot of parents want to get a break, and the iPad is the new digital babysitter,” Ishibashi said. “We know that 50 percent of iPads sold are going into homes with kids up to 16 years old.”

This time, Callaway will create a reimagining of the classic Sesame Street book The Great Cookie Thief for the iPad, iPhone, and iPad Touch. It will include high-definition art optimized for Apple’s new iPad retinal display. Callaway will also develop interactive mobile apps featuring both original and adapted content in partnership with Sesame Workshop.

The first app will be out in the first half of the year. 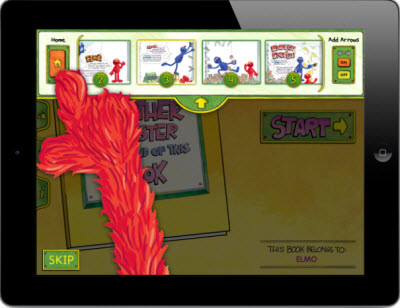 “Callaway’s team has done an outstanding job in bringing two of our most beloved books to life as apps in a way that embraces their classic style, but also makes them look and feel brand new,” said Scott Chambers, Senior Vice President, Worldwide Media Distribution, Sesame Workshop.  “We look forward to our continuing partnership with Callaway and to creating new apps that families will enjoy and learn from together.”

Callaway raised $7 million in 2010 from venture capital firm Kleiner Perkins Caufield & Byers and others. The company also got a five-year, $12 million grant from the Department of Education to do iOS apps for kids. The first of those apps is arriving mid-year.

The company received attention from Steve Jobs himself after it created a title called Miss Spider’s Tea Party under a different company name. He invited the company to make iPad titles and they launched in the spring of 2010. Ishibashi said the company also did some early Martha Stewart apps but now is focusing solely on kids ages 2 through 8.

Ishibashi said that the company has original properties in the works. Ishibashi noted that the 1947 book Goodnight Moon, by Margaret Wise Brown, still sells about 750,000 copies a year. Callaway wants to create original content that lasts for just as long, so parents and kids can enjoy them together, generation after generation, Ishibashi said.

Callaway has a long way to go before it gets there, but its apps are engaging. Even 12 months after an app is sold, about 60 percent of its users still open the app every month. In apps where there are virtual items, 60 percent of the users make some kind of purchase. The apps are priced from $1.99 to $4.99.

The company has 45 employees with offices in New York and San Francisco. Callaway expects to raise a round of money soon, Ishibashi said. The goal is to be profitable in 2013. Rivals include Oceanhouse Media, which makes Dr. Seuss book apps.

“We think there is a lot of growth in this business,” Ishibashi said. “It’s going to be a billion-dollar business.”