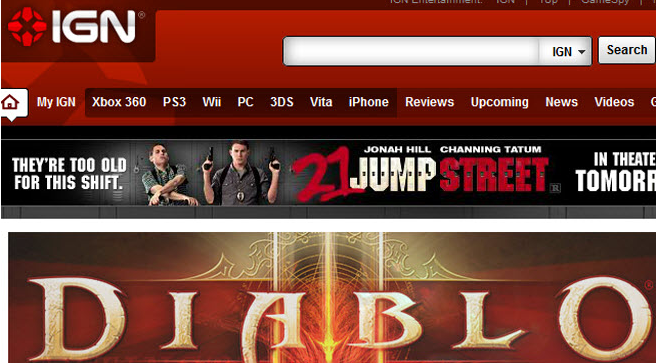 In a message to staff today, IGN president and general manager Roy Bahat said, “Today, we cut some roles across the company. This is never an easy thing to do, and we’re spending today supporting our colleagues and friends.” We believe that less than 10 percent of IGN’s staff was affected.

He said the cuts were necessary to enable the “next era for IGN,” which involves becoming an independent company. It began when IGN bought UGO last year.

“To enable us to continue on this path, and to create the future for IGN we all want, we need to be as efficient as possible in our core business,” Bahat wrote. “That’s what makes it possible for us to make aggressive bets on our future, and continue to invest in you – the team that will take IGN forward.”

The company is focusing on its IGN web site, games media in general, its video business on sites such as YouTube, eSports, and AskMen. But it will likely focus less on lesser known sites such as FilePlanet and UGO’s affiliate network of game sites.

Separately, CBS Interactive, owner of the site GameSpot, has acquired independent game review site Giant Bomb. Jeff Gerstmann and Ryan Davis started the site in 2008 in collaboration with Whiskey Media, which sold its other web media holdings today to BermanBraun. Gerstmann was previously fired from the position of editorial director at GameSpot after he wrote a scathing review of Kane & Lynch. He and other ex-GameSpot colleagues then teamed up to create a more irreverent site. Now Gerstmann will be working inside the same company that owns GameSpot.

Gerstmann said that the new ownership will “allow us to make Giant Bomb bigger and crazier than it’s ever been before.”