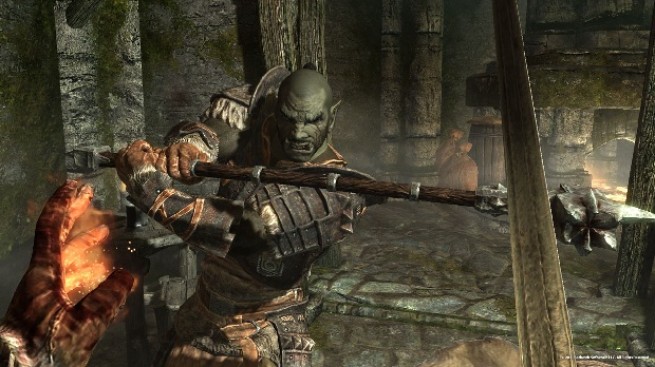 Bethesda has announced that title update 1.5 has gone live on Steam for the PC version of The Elder Scrolls V: Skyrim. It’s currently classified as a “beta update” and will be released on consoles “soon.”

The update adds in kill cams for those particularly awesome ranged/magical money shots. Fans may remember this as one of the features demonstrated in Todd Howard’s DICE keynote, giving hope that we may indeed see official dragon mounts, new weapon types, and player-created houses… someday.

Among the bugs addressed in the latest patch are quest fixes for A Cornered Rat and A Night to Remember, two notable sidequests that have long terrorized completionists. Marriage with Lydia will also now be fixed (ie. possible) — if you don’t know who that is, well, you haven’t played Skyrim.

The full list and a kill cam trailer are below: