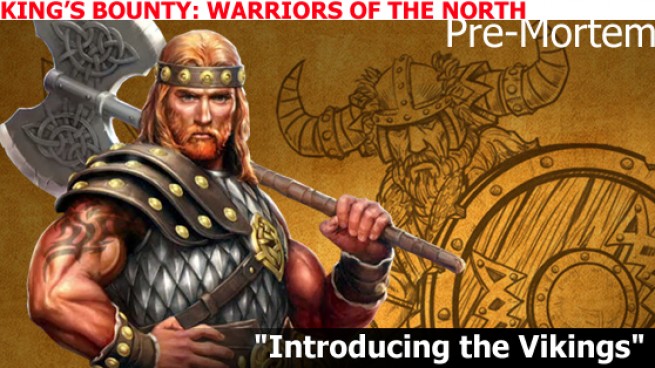 Editor’s Note: GamesBeat is proud to kick off our exclusive Pre-Mortem series of dev diaries with King’s Bounty: Warriors of the North. In each Pre-Mortem, an individual team member will discuss specific aspects of a game, shedding light on the decisions made, sources of inspiration, and much more. We hope it provides an informative, personal, and entertaining look into the art of game design. Enjoy! –Sebastian

Good day everyone, my name is Denis Maltzev and I’m the King’s Bounty: Warriors of the North project lead at 1C Company.

We are very excited to bring you the new title as it is our finest to date with more places to explore and creatures to add to your army, plus it would be cruel to deprive fans (and new-addicts) from a good portion of the developer’s diaries. Let’s start with some general information although I’m trying to escape from being boring.

The new game, as it’s been already announced, is named Warriors of the North. There were several options but, firstly, we definitely wanted it to have the word “Warriors”, since the main protagonist represents one of the most war-oriented races – Vikings. (No, not the football team, the ones with pointy helmets….) Secondly, the entire story is heavily connected to the northern lands of Endoria. So we went through rounds and rounds of trying different names until we came up with one we really liked.

Warriors of the North tells the story of Olaf, the Viking, the youngest son of Tormund the Ferocious, who sets on a path of war against the undead swarming the land of Nordlig. The path is soaked with blood, treachery and love. Olaf has to withstand tons of dangerous challenges, visit lots of places he’s never been to (although some of those will be very familiar to those of you who played King’s Bounty: The Legend) and fight back the hordes of the undead. 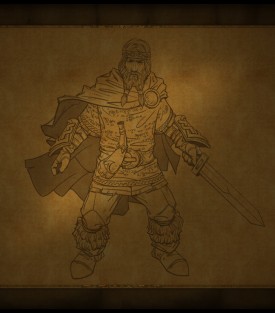 It’s been always one of the key features of the King’s Bounty series that if there’s a new race, or simply new unit added, the game will also feature all the units ever shown in the previous titles. This time around we introduced an entire new race, yes, the Vikings I just wrote about. It was pretty easy to guess… To prevent you from major spoilers let me showcase just about half of new units and show some of their specific abilities. Hopefully this will also help you plan out part of your army in case you prefer these guys to your favorite standbys in the game. (I like an army of assassins, but that’s just my tactics.)

It’d be quite strange if the Vikings did not have a Viking warrior in their roster: lvl 2 Unit with 2 talents/abilities: Berzerker (pretty usual feature of this northern race to eat mushrooms, gain bloodlust and become enraged, uncontrollable and crush anything in front of them) and Shield Blow (smashes the enemy with 30% chance of stunning for 1 turn inflicting 3-7 damage).

The next unit is Skald. You might recall the scalds were composers and reciters of poems honoring heroes and their deeds in Northern lands. So we considered it a must to have someone on the battlefield cheering up the Vikings with their Song of Praise or saddening the foes with Foul Jest.

Warriors can’t go into battle though without healers to make sure they drink enough….no, wait that’s not right. Oh well, here are their stats:

4 lvl Soothsayers with 10-14 magic distant damage and 5-7 melee damage can do some Sorcery (heals 13 HP for a selected unit, curing it completely and/or reviving the fallen ones; dispels Plague and Poisoning.) This unit is very strong both in support and damage dealing. 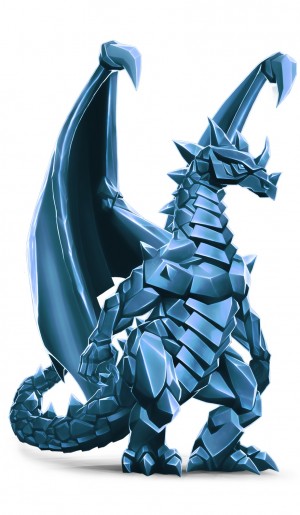 We also wanted to add in some of the creatures from the frozen northern lands, not just the Vikings but the monsters they have been fighting for centuries. To do this in this game we decided that one of the fifth level creatures will be the Ice Dragon. We know that the Dragons are so much adored by many of you, that we thought it would have been incorrect not to give the new Viking race this cold and fearful creature. The Ice Dragons can use Ice Blast to crush the enemies with ice splinters from their skin inflicting damage to all enemies within 2 hexagons distance. The mere presence of these huge beasts in your army will boost the effectiveness of your cold magic spells. And lastly these flying ice monsters will be able to give birth to minions, which we don’t quite have a name for yet. Icicle Dragons? Dragon pup popsicles? We will figure this one out….

Before I go, I’d like to extend my sincerest gratitude to the loyal fans of the series who have been with us for so many years now and to the new fans of the series, which we hope will be many of you. It’s been a couple of years since we revisited the King’s Bounty world of Endoria and many new and exciting things are happening there.

That’s it for this Pre-Mortem. Hope it was a nice read for all of you. Stay tuned for more about the new King’s Bounty: Warriors of the North.