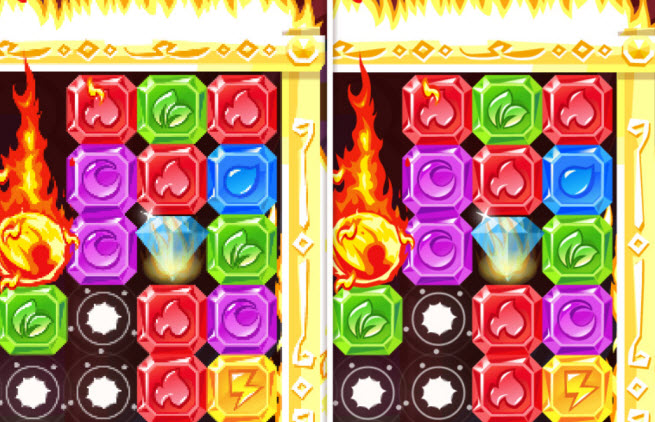 Game developers and publishers expressed their support for the new Apple iPad as it launched around the world on Friday. One of the ways they did that is by modifying their games to take advantage of the new iPad’s outstanding display. 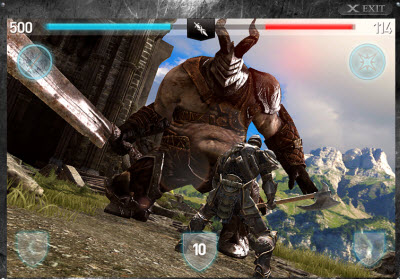 Gamers and game developers are so key to the mobile ecosystem that they can make or break the future of any new mobile device. And the new iPad will likely make them happy. As VentureBeat’s Devindra Hardawar pointed out, many of the best apps to show off the new Retina display on the new iPad will be games such as Chair Entertainment’s Infinity Blade II (pictured right). Soon, the subsidiary of Epic Games will release its Infinity Blade Dungeons game as well.

As you can see from above, the new iPad’s imagery looks better in Wooga’s Diamond Dash game. Jens Begemann, chief executive of Berlin-based Wooga, said, “On first sight, I found the retina screen nice but a less dramatic shift than when the iPhone 4 succeeded the iPhone 3GS. After using it all day, however, I can’t go back to the old one and non-retina apps look dated. Colors look brilliant and for the first time you spot fine details you didn’t see before.”

He added, “Games feel more immersive and it’s even easier to get lost in a game and forget about the device you are using.”

The iPad is selling at the rate of more than 15 million per quarter. By comparison, Sony sells about as many units of the PlayStation 3 in a year.

Gameloft, one of the largest mobile game publishers, said it had optimized four games for the new iPad. That means its games will take full advantage of the new iPad’s retina display, which doubles the resolution to 2048 x 1536 pixels, compared 1024 x 768 for the older iPads. Full told, Gameloft has more than 100 iOS (iPad, iPod Touch, and iPhone) games.

“Gameloft is excited to support the new iPad,” said Gonzague De Vallois, senior vice president of publishing for Gameloft in Paris. “With its A5X processor, we can continue to showcase our unique development approach and creativity.”

Greg Harper, general manager of tablet game startup Supercell, said, “We believe tablets are the ultimate platform for games, and today the iPad clearly dominates.  The other game platforms are certainly good, but they all have major drawbacks.  PCs and consoles have incredible horsepower but lack mobility and a touch interface.  And consoles (including handhelds) are simply not mass market.  Mobile smartphones are great but there’s only so much you can do on a small screen.  The tablet is the best of all possible worlds, and the iPad has it all.”

Gameloft said it modified Order & Chaos Online, Modern Combat 3: Fallen Nation, Asphalt 6: Adrenaline, and Gangstar Rio: City of Saints. Those games will run on the iPad and take advantage of the new display.

Clearly, gamers are looking forward to the device. About 22 percent of users said that Angry Birds was their favorite app for the new iPad. About 19.5 percent cited Zynga’s Words With Friends, according to a survey today by Protect Your Bubble insurance.

“The new iPad is the best gaming platform I have ever seen for the mass market, super fast and great display,” said YuChiang Cheng, chief executive of World Golf Tour.