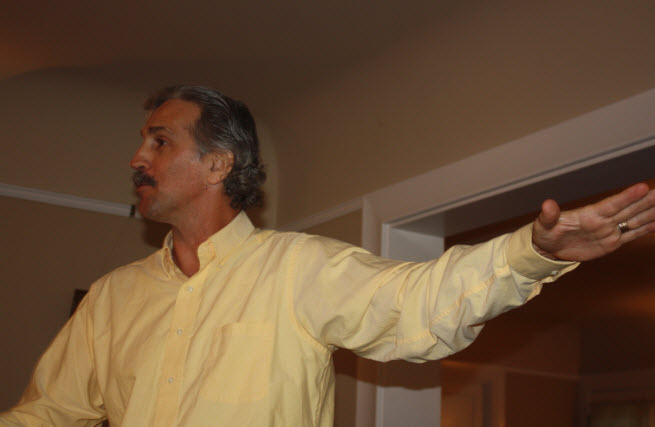 When Hewlett-Packard engineers begin designing a new laptop, they bring in the battery experts like John Wozniak on the very first day. That’s part of what enabled HP to create a laptop with a 32-hour battery life.

And that also tells you how important energy efficiency has become in modern electronics, where the demand for thin, powerful, and lightweight is putting an enormous amount of stress on battery technologists. The battery has been called “the most humble and unsexy of inventions.” But it will likely be one of the most important technology battlegrounds of the future. Batteries are a $50 billion industry, and that could become bigger with more breakthroughs. People are far more productive when they don’t have to hunt down outlets to charge a laptop.

Wozniak (pictured), HP’s battery guru, has to deal with requests from all sides. Industrial designers want thin batteries in thin laptops. Marketing people also want lighter weight. But engineers like Wozniak can only show the designers what they have to currently work with and what they might have in the near future.

“It depends on the timing of the launch,” Wozniak (no relation to Apple co-founder Steve Wozniak) said at a press event at HP’s original garage headquarters in Palo Alto, Calif. “We’ll tool up and produce a couple of different options. It’s like a puzzle game, and you see what kind of battery is going to fit with a certain kind of design.” 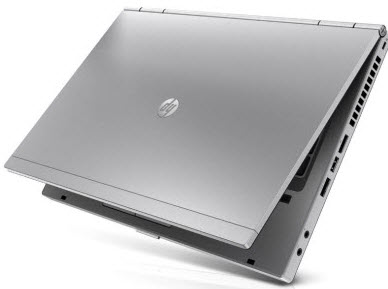 HP created a 32-hour solution last year for the launch of its HP EliteBook 8460p laptop (pictured right) for business users. To get to 32 hours, you had to add an HP BB09 ultra-extended life notebook battery, which attaches to the bottom of the laptop. That adds more than a pound to the weight. Some new solutions can push the life of a laptop to 36 hours.

I’m trying one of those out right now. The standard battery gives the machine about 10 or so hours of life, according to the meter HP provided. But the life goes way up if you snap on the extended battery pack. That battery pack has nine cells (the pink cylinders pictured below) in it and adds the equivalent of 100 watt hours, which is the legal limit; any more and HP would have to ship it as dangerous goods. Once you snap it on, the notebook has about 200 watt hours of battery life.

“It comes with a price of added weight,” Wozniak said. 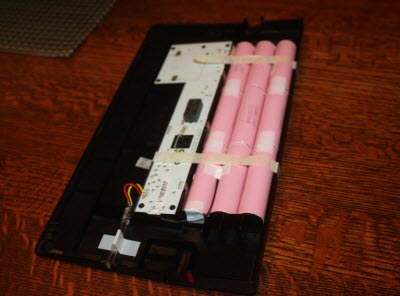 While improving battery efficiency is important to getting longer laptop battery life, the improvement has been gradual. So HP has focused on better power management for its laptops, turning the power down or powering components off when not in use.

If you keep the operation on a light level, with six or seven watts usage, then you can stretch the battery life out to 28 or 32 hours, Wozniak said. You can do that by reducing the number of times your laptop sends out wireless signals and by reducing the screen brightness.

Replacing a hard drive with a solid state flash memory drive also helps. HP found it could improve battery life 18 percent on the HP EliteBook 8460p when it used flash memory instead of a hard drive.

HP also used Intel’s Sandy Bridge integrated graphics — combining a microprocessor and graphics on the same chip — rather than a stand-alone graphics chip. That saved another 26 percent in power savings.

While processor speeds and storage capacity keep racing ahead, Wozniak said batteries are getting about 3 – 5 percent better each year in energy density, or the amount of energy produced by a battery in a given space. Plenty of attempts have been made to stretch that out. But the disappointments are myriad.

Wozniak said a silver zinc battery showed promise, with 40 percent better energy density. But the chemistry of the battery broke down after just 40 or 50 charges. To satisfy consumers, rechargeable batteries should last for hundreds or thousands of charges. 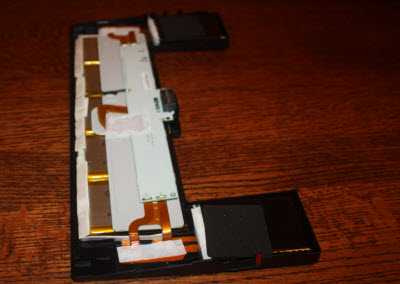 Some technologies have tried replacing carbon graphite anodes with silicon anodes, since silicon can store more energy. But the problem is that it swells in size. The silicon has to be encapsulated in carbon, offsetting some of the gains.

Batteries produce hydrogen gas when they are charging, resulting in the swelling. And since hydrogen is explosive, the risk of a fire or explosion is very real when it comes to battery operation. Batteries can corrode over time as well and leak dangerous chemicals.

That’s why the circuitry around a battery, which can help measure its charge and improve its efficiency, has to be physically separated from the battery itself.

Lithium ion batteries are the rechargeable types used in laptops; they’re lighter than other kids of batteries and come in a variety of shapes. They’re powerful, but the cell’s capacity diminishes over time. The batteries can also get hot when they’re in use.

Some battery cells are round (see the pink cells in the picture) and others are flat, or prismatic, (like the one pictured above)

“This has been familiar in the history of energy,” Wozniak said. “There are theoretical disruptive technologies. I don’t know what the next one is. There are a lot of new chemistries. The Holy Grail for the battery industry is to have a non-flammable electrolyte.”

The electrolyte is the chemical solution (either wet or dry) that causes a reaction that produces electrons. HP itself once did its own fuel cell battery replacement technology research, but it sold that business off. Now Wozniak stays in close touch with the suppliers that manufacture cells.

Right now, the thinnest battery cell size is about 2.8 millimeters, with the total battery thickness at 5 millimeters. The thinnest Ultrabooks (the thin, fast computers Intel is promoting this year) are about 18 millimeters thick for 13-inch models and 21 millimeters for 14-inch and larger displays. Intel requires that the battery lives be at least five hours.

Wozniak believes that the cells can be brought down to 2.5 millimeters without too many trade-offs in energy density.

The biggest consumers of energy in laptops and tablets today are the displays. Touchscreens take more energy than normal displays.

HP also put ambient light sensors on all of its EliteBook models. Those sensors adjust the display brightness based on how much light is available in a room. Toward the end of the year, Wozniak expects to see Ultrabooks that operate on five watts of power, compared to 25 watts for many laptops in the past.

“[Battery life is] going to get better and better, because a lot of resources are going into solving it,” Wozniak said.