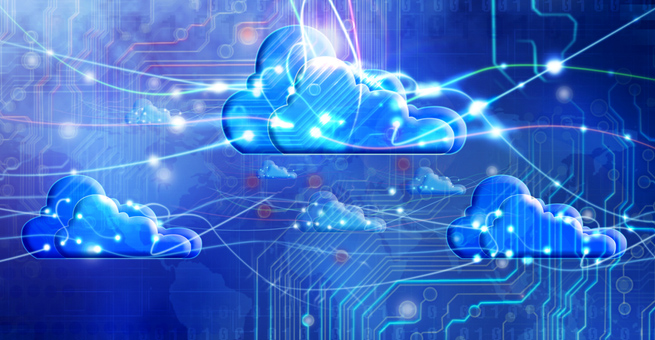 Egnyte competes with heavily with Box to attract businesses to its cloud storage solutions. Thus far, Egnyte has helped businesses share more than 1 billion files using the HybridCloud file server, but its focus until today has been on small and medium-sized businesses, according to CEO Vineet Jain. With lots of new features on hand, it can do better to compete in the cloud space and attract big customers.

“We’ve been associated with SMBs and departmental use by players like Best Buy,” Jain told VentureBeat. “Now we are primed for working with the largest companies because of a slew of new products and partnerships.”

With the revamped HybridCloud File Sharing service, the company is emphasizing three main points: simplicity, scalabilty, and security. For simplicity, the company has a new HTML5 user interface that makes navigation easier. Combined with the better mobile apps for iPad, iPhone, Android, and Windows Phone, it will be lot more efficient to work with managed files.

For scalability, the company has boosted the number of concurrent users to access a folder to 10,000 people. Organizations can now have up to 1 billion files stored and there’s support for uploaded files up to 1TB. There are also Egnyte partners like NetApp, Netgear, and VMware that give the IT department more tools for integration with HybridCloud.

And finally, for security, the company has new integration with Sophos SafeGuard, which can add heightened levels of encryption to your files. And if that doesn’t suit your businesses security preferences, Egnyte also works with VMware Horizon Application Manager, OneLogin, Symplified, SAML, and Active Directory.

“Maintaining their own encryption keys allows businesses to control their data securely, and when married with Egnyte’s HybridCloud File server, they have the security of maintaining their data both behind the firewall and in the cloud, which is optimal for collaboration between mobile and remote workers, and those in the office,” said Matthias Pankert, VP of Product Management for Sophos, in a statement.

Jain said 65 percent of its customers primarily use the company for file server replacement, 28 percent for cross-office collaboration, and 7 percent use it mostly for file sharing. But he could see those numbers change as needs change and the company wins over companies using other cloud solutions.

Unlike Box (and consumer-focused solutions like Dropbox and SugarSync, for that matter), Egnyte does not offer a freemium model. Jain said he wants the product defined as an enterprise solution rather than being in a gray area like competitors. Pricing starts with 5 Employees sharing 150GB at $24.99 per month.