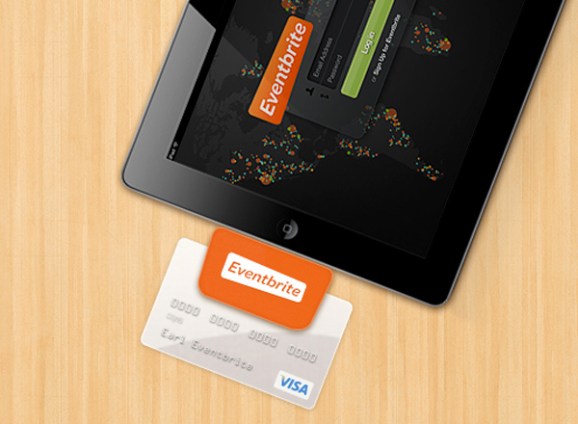 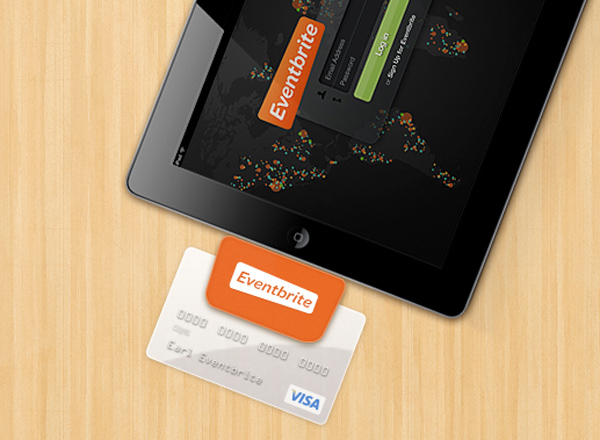 The At The Door Card Reader, as it’s called, will interact the new At The Door iPad app to allow companies and planners to accept payments for tickets, merchandise, and more. Furthermore, the app will work with the Star TSP143 wireless printers for printing receipts and tickets, which will help complete the mobile box office.

Launching its first hardware product ever will help Eventbrite continue to establish itself as a serious, growing company and make it more competitive with rivals Ticketmaster and Ticketfly. The company recently told us that it doubled its revenue last year, and it issued its 50 millionth ticket in February.

“At The Door transforms an off-the-shelf iPad into a paradigm-shifting tool for managing sales for events,” Eventbrite CEO and Co-Founder Kevin Hartz said, in a statement. “We’re essentially taking the devices that are proliferating among consumers and transforming them into perfectly tailored tools for event organizers, at no cost, and with greater impact than anything previously available.”

The card reader will run $10 for organizers, but the cost will ultimately be reimbursed to the purchaser’s Eventbrite account.

Prior to launch, the company tested the reader at events like The Orange County BBQ Festival and the IFPDA Print Fair. The solution will also be used in one the largest Eventbrite events ever at the Governors Ball Music Festival on June 23th and 24th in New York City.

San Francisco-based Eventbrite raised a huge $50 million round in May 2011, with funding led by Tiger Global Management. It has raised a total of $79.5 million, with Sequoia Capital, DAG Ventures, and Tenaya Capital also investing.