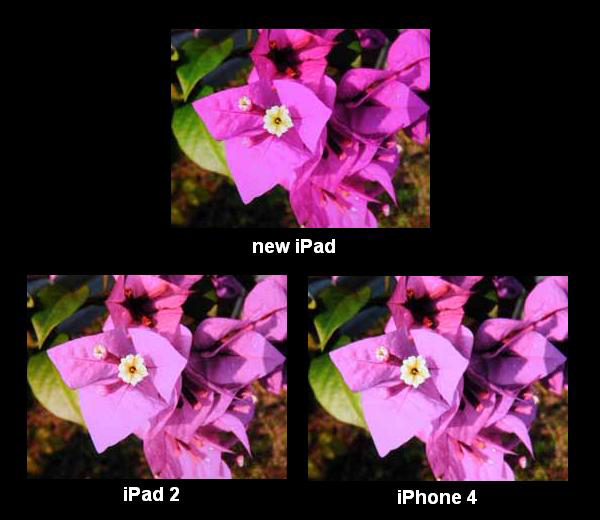 You’ve seen us gush about the new iPad’s Retina Display, but now the screen tech experts at DisplayMate have run their tests and confirmed that it basically blows everything else away.

“Apple has taken the very good display on the iPad 2 and dramatically improved two of its major weak points: sharpness and color saturation — they are now state-of-the-art,” writes DisplayMate President Dr. Raymond Soneira. “Our lab tests and visual tests agree with Apple’s claim that the new iPad has ‘the best display ever on a mobile device.'”

While most of the tech press has focused on the new iPad’s increased screen resolution, Soneira says the improved color saturation is “equally responsible for its wow factor.” Compared to the iPhone 4S and iPad 2, which display 60 to 64 percent of the standard color gamut, the new iPad hits a “virtually perfect” 99 percent of the color gamut. And because of proper calibration, the new iPad offers vibrant colors that aren’t overly saturated like some OLED displays.

Soneira notes that with some minor calibration, the new iPad’s screen could qualify as a studio reference monitor — a screen so good that you could use it for accurate representations of color. It’s the sort of feature that appeals to photographers and movie directors, who want to make sure that their images look as good as possible.

Of course, that retina display is also contributing to the new iPad running about 10 degrees hotter than previous versions, leading to reports that the tablet has been shutting down. Brings a whole new meaning to “crisp” resolution.