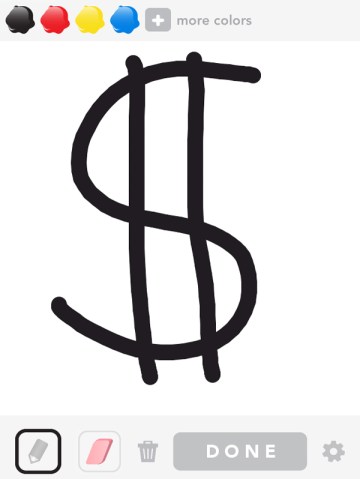 Welcome to the wild world of mobile gaming, where a new king can be crowned in the span of three weeks, and a struggling company can become the most sought after acquisition on the market.

“It’s a weird business, it’s more similar to being a VC; it’s very hits-based business. You can flatline, but still be always one game away from releasing that title that changes your life,” he told PandoDaily. “It’s oddly different than being a startup, where you release something and it succeeds, fails or pivots. You’re releasing mini-startups every three to six months, and at some point you get big enough that the odds increase one will get a lot of traction.”

The question now is whether OMGPOP should hold out, hoping to grow DrawSomething even bigger, or perhaps strike gold with a second game, or if it should sell while it’s got the #1 game in the space and can command a hefty price. Founded back in 2007, the company has raised $16.6 million to date, so would need at least $150 million to satisfy the early investors.

Does it make sense for Zynga to go around snapping up every company that has a hit? It worked out well in the case of NewToy, the maker of Words With Friends, which Zynga bought for $53.5 million at the end of 2010. That title has gone on to be a massive hit with mainstream cultural awareness. All told, the NewToy staple helped grow Zynga’s mobile footprint, key for the social gaming giant, which is desperate to lessen its reliance on Facebook. As our own Dean Takahashi points out, mobile is by far the fastest growing market for social games.

We’ll be keeping tabs on the rumors as the week progresses. Remember, Zynga was said to be eyeing OMGPOP once before, back in January of 2011. Instead they raised a big VC round and set out to grow the company. As CEO Dan Porter said at the time: “The goal in the long term is to be the size of Zynga. The space is going to be so big that I think we can build a massive, massive game company on the East Coast.”

OMGPOP hasn’t gotten bigger than Zynga yet, but they have shown they can go toe to toe with them on the Facebook platform while keeping their core strength in mobile gaming on Android and iOS.