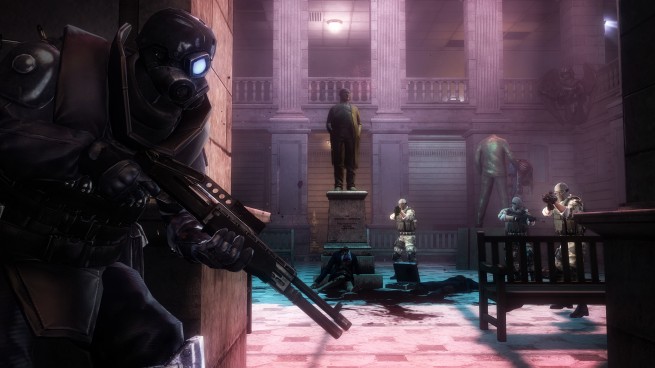 Poorly designed gameplay
Developer Slant Six Games comes from a long line of SOCOM games, though none of them were considered close to the zenith of that franchise. They’ve managed to capture the bare necessities of a competent shooter in ORC, but also racked up an exceedingly long list of “don’ts” in a multiplayer game. The A button, for instance, is used to do several different actions, including picking up items or reviving an ally. But if your ally goes down next to a weapon or item, you’re going to have to struggle with the game to prioritize the action you really wanted to do. And if you find yourself surrounded by enemies, explosions, or BOWs while trying to do it, expect an unnecessary amount of frustration.

Cheap tactics are easily abused in Versus. If you have a grenade launcher (one is included as part of the Special Edition or available as DLC), you can knock someone else down with your first shot, then rinse and repeat until you’re out of ammo, though they’ll likely be dead much sooner than that. Even if you don’t land a direct hit, the splash damage will throw them back down to the ground again. Likewise, you can infinitely knife any character, so long as you attacked them first. It’s incredibly cheap and a little unbelievable that two basic exploits such as these would be allowed into the final version of the game, as they’re undoubtedly going to be some of the biggest complaints people have (just like Call of Duty’s “noob tubing”).

There are other smaller annoyances, but they quickly add up: not being able to climb over or hop down small obstacles; the hit-or-miss way you take cover; no commands for your brain-dead AI teammates (go here, do this, target that enemy, defend that entrance, etc.); being needlessly restricted to one active ability per match. Again, Slant Six has skated by on the bare necessities, but even if they hadn’t added more mechanics to better fill the gameplay out, they could have at least polished what little exists on the disc.

Unrealized potential (aka “false advertising”)
One of Capcom’s marketing catchphrases for ORC was that you could “rewrite the history of the Raccoon City outbreak.” And yet, despite being a non-canonical “What if?” scenario, the U.S.S. has such negligible impact that the events of this game could *almost* have conceivably happened within the actual Resident Evil timeline.

The interaction with iconic characters such as Leon and Claire, another mainstay of Capcom’s marketing efforts, are surprisingly brief and inconsequential up until the last few minutes of the game, but even then the credits roll without ever giving you the result you were promised. The idea of revisiting one of the most memorable set pieces in video game history and completely disrupting it was undoubtedly a selling point for many soon-to-be purchasers, and they will all be extremely disappointed. 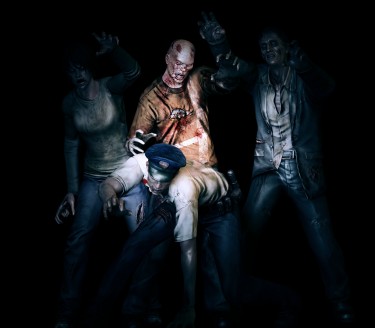 Above: Um, what is going on here?

Last, but certainly not least, even the three-way conflict between the U.S.S., the Spec Ops, and the T-Virus infected has been greatly mitigated in the actual campaign. The six named Spec Ops characters don’t even make an appearance whatsoever during the story. You wouldn’t have guessed that after watching this cinematic (which doesn’t appear anywhere in the actual game, by the way). Instead, you’ll fight wave after wave of faceless government soldiers. Man, I got bored just writing that sentence….

Sloppy and unfinished
ORC is defective in ways I’ve never seen before. To their credit, Slant Six has invented new methods of creating a faulty game. Take, for instance, the final cutscene. Without spoiling anything, there are a number of variations on how the game can end and who will appear during the ending. In one of my playthroughs (I was joined by a writer from Destructoid and two other journalists who can corroborate this), the game didn’t recalculate to take into account who was alive and who was dead; so there was this awkward one-sided conversation where the characters were literally talking to air.

Aside from this “imaginary friends” mistake being allowed into the final retail package–which is baffling–and a general lack of refinement throughout the game, I felt as if there was something missing the entire time I played, but I couldn’t quite place what it was…. Then Capcom announced that a downloadable Spec Ops campaign would be released separately, starting in April. And while we were never promised compartmentalized Spec Ops content, the fact that they were so predominant in the Triple Threat trailer and then completely absent in the campaign (as mentioned above) did stand out as strange.

GamesBeat contacted Capcom for clarification, and the publisher was very specific in saying that only one chapter of the Spec Ops campaign had been announced at this time. Yet x360a.org discovered Achievements on a preview build that points to a full-fledged six chapter offering on par with the U.S.S. campaign.

So I can’t say whether Capcom is withholding content that should have been included in the original game to begin with (as they have with Street Fighter X Tekken), but I can say that if the Spec Ops missions were available now, the entire game would feel a lot more well-rounded and valuable. Not that it matters anyway, as there’s almost no story, character development, or meaningful dialogue provided in the U.S.S. campaign, I can’t imagine that will change with the Spec Ops. 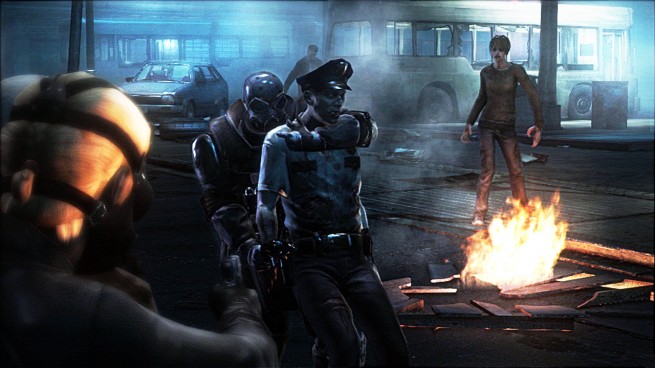 Technical issues online
While the offline game is more or less technically sound, everything falls apart once you connect to other players. To be fair, I’ve had a few matches go off with no major hiccups, but the majority of the time the game is overrun with sizable issues. Zombies seem to be the main offenders, often grabbing you from across a room, or lagging all over the place, though it happens with other players too. Aiming, melee attacks, First Aid heals, and bullet hit detection can and will also go wonky far too often, and some players are already reporting a slew of other problems that I didn’t personally encounter.

Cannot edit characters outside of matches
Although Slant Six’s handling of the endings in particular was jaw-droppingly bad, the single biggest oversight in this entire game is undoubtedly the way characters are edited. To edit the U.S.S. squad, you can start a campaign “match” by yourself and freely change their weapon loadout and select/purchase/upgrade abilities to your heart’s content. However, to edit the six members of the Spec Ops team, you’ll need to enter an active online multiplayer match. This poses a number of problems, not the least of which is that you won’t always end up on the team you wanted. You also have only a matter of seconds before the match begins, and that’s assuming someone else didn’t pick the character you needed to edit, as otherwise that will prevent you from selecting them altogether.

Heroes are even worse, as they can only be accessed randomly in a single mode. Unless you have a lot of friends to create a private match with, you could go hours and countless matches before you get to play as your favorite character from Resident Evil 2 or 3.

This all should have been doable from the main menu.

CONCLUSION
Between the disappointment of the squandered potential and the frustration of the poor design and technical deficiencies, I can’t recommend buying Operation Raccoon City. However, I would suggest cautiously checking back in a month or two when the game has hopefully undergone some much-needed patchwork, a price drop, and the full Spec Ops content is made available. There’s a decent amount of enjoyment to be had, but Slant Six and Capcom didn’t take the time to package it properly, nor did they ensure all the important pieces were included.

Resident Evil: Operation Raccoon City was released for the Xbox 360 and PlayStation 3 on March 20, 2012. An Xbox 360 copy was provided by the publisher for the purpose of this review.