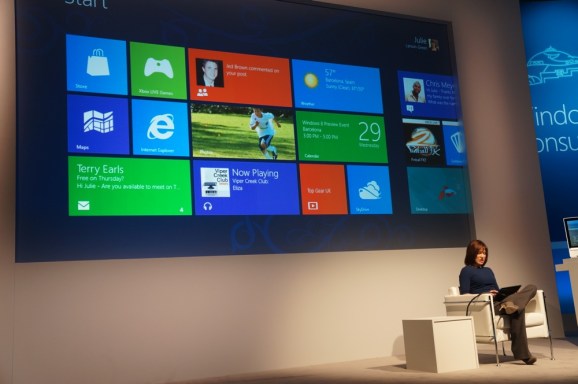 Microsoft is scheduled to finish working on the latest version of its operating system Windows 8 by this summer, with a potential launch in October.

Windows 8 is part of Microsoft’s strategy to integrate both personal computers with tablets and other mobile devices — much in the same way Apple has done with its OS X operating system and its iOS mobile OS.

The information about the Windows 8 launch comes from a Bloomberg report. citing unnamed sources familiar with the matter. The report also indicates that the initial roll out of Windows 8 will happen on devices running Intel and ARM chipsets (the same kind of processors used in many mobile devices, including Apple’s). There will only be five ARM devices supported by Windows 8 at launch, compared to over 40 running Intel chips, the report states.

Putting Windows 8 on sale in October would allow Microsoft to take advantage of the busy holiday season. Presumably, that could give retailers selling Windows 8 devices a nice marketing boost. That’s a good thing if you consider how depressed the current PC market is right now.

I’m kind of surprised that Microsoft wouldn’t launch the operating system sooner, especially in regards to tablets. The company is already well behind both Android and iOS when it comes to device adoption. It’s worth noting that Apple just broke a new single-day record for sales of its third generation iPad — and already sold a total of 3 million iPads after last week’s launch. I’m guessing that it’ll take quite a bit longer for as many Windows 8 devices to sell.