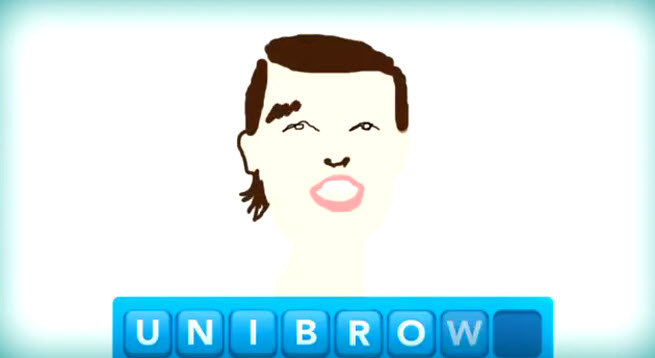 Zynga acquired OMGPOP today for a reported $200 million. It was a clear statement that, as powerful as each of these companies are on their own, they still need each other.

New York-based OMGPOP created smartphone hit Draw Something, where you can draw a picture and get a friend to guess the word that the image represents, similar to Pictionary. The game fits the touchscreen interface of smartphones and tablets and has been a huge hit with 20.5 million daily active users, eclipsing Zynga’s Words With Friends. In the last week alone, players have created 1 billion drawings.

But OMGPOP doesn’t have a full network of hot games to cross promote the same way Zynga does. So tying up with Zynga will ensure that Draw Something can last longer in the top charts. Zynga, meanwhile, has almost 3,000 people working on games. It dominates Facebook but can’t make every hit.

Here’s a transcript of our interview with David Ko (pictured below left), chief mobile officer at Zynga, and Dan Porter (pictured right), chief executive at OMGPOP. 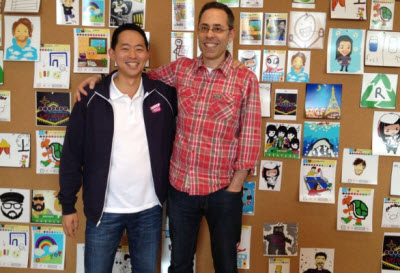 GamesBeat: Why did this acquisition look good to both of you?

Ko: I have a tremendous amount of respect for these guys. They have been doing amazing social and fun games for quite some time. People have focused on Draw Something. Equally important was the team built around it. We really had visions that were aligned. We are both doing games that are social and connect the world. It just worked out.

Porter: For us, looking at Zynga’s With Friends franchise, it’s the only other franchise in the space that is doing the same thing we are doing. The opportunity to join with that and scale up was super exciting. Mobile social is a really exciting space to be in. We really want to be part of the leader in that space.

GamesBeat: How do you put a value on a game like Draw Something that is growing so fast? Henry Blodget observed that if you had waited a little longer, OMGPOP could have had a $1 billion valuation.

Porter: At the beginning of the football season, the Eagles were the dream team and should have gone to the Super Bowl. From the synergistic standpoint, it made a lot of sense. We have a personal responsibility to make this game great and more fun. Our players are happy, and when they’re happy, we are happy. It’s a strategic fit and it’s a platform to make other games. Whatever number you come up with, someone will think it is too high and someone will think it’s too low.

GamesBeat: On the Zynga side, how did you identify this as something you really needed?

Ko: We are in our quiet period and can’t comment on the price. There are billions of apps downloaded a month on Android and Apple. You have hits all the time. They come and go. We have distinguished ourselves by focusing on games that are high-quality, social, and engaging. We pushed out 15 games in the last two quarters alone on mobile. One thing that impressed us about OMGPOP was that they really got the social aspect. On my way here, in the airport — I wished I could have taken a photo without being a creepy guy — I saw a husband and wife at the bar. The husband was playing Words With Friends and the wife was playing Draw Something. It was one of those cultural moments. I knew we were making the right call with these guys. It wasn’t just about the game. It was about the team.

GamesBeat: Dan, how did you get this game just right so it would take off? The Rovio guys talk about how Angry Birds was the 52nd game they designed.

Porter: This was our 35th or 36th game. It was a culmination of all the things we learned from our mistakes. I tell investors that if you want to invest in a startup, you have to expect the first couple of games won’t work. The team has to gel. They have to learn how to work together. We did a lot of  ‘out there’ stuff with OMGPOP and learned a lot. We did quasi-iterative play-testing on the game. That was super important. We made a game we wanted to play. We really wanted to basically take a risk and try something different. There is a lot of me-too stuff out there. We saw a huge opening out there and no one besides Zynga was in that space. That combined with all our learning and our social DNA. That was important to how the game took off. It took longer than we wanted — over four years. We had 20 million registered users. We had awesome user feedback. We have people watching Twitter for all of the comments and if somebody said anything about it, we heard it. You might have four readers on Twitter. But if you say something about the game, we totally read it and totally respond.

GamesBeat: How do you keep something like this going?