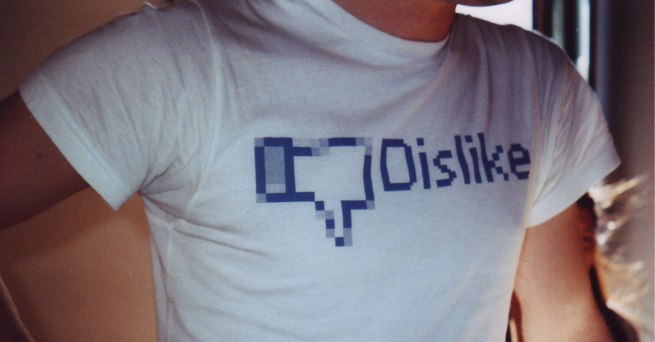 All Facebook friends are not created equal, and today the world’s most popular social network is giving its members a more socially acceptable way to separate more of the folks they maybe sort of like from those they actually care about.

Facebook has made the “Acquaintances” Friends List, first introduced last year when the company revamped its lists product, capable of auto-determining the “friends” you probably want to see fewer updates from.

The new tool automatically identifies the buddies you don’t interact with much and lets you add them in bulk to the Acquaintances list.

As a quick refresher, posts from friends relegated to the Acquaintances list appear less often in your News Feed, and you can even choose to share your updates with all friends, minus acquaintances. Better still, the folks on this semi-like list have no clue their updates have been banished to the dark spaces of Facebook, which means you can prune your Facebook friends without fear of any awkward social consequences.

Of course, the update is as good for Facebook as it is for you. The soon-to-IPO company would surely prefer its members maintain friendships, even loose ones, rather than unfriend folks — a growing trend in the world of social media. The feature, then, is a well-timed defensive move that could counter the unfriending movement before it takes over the network. 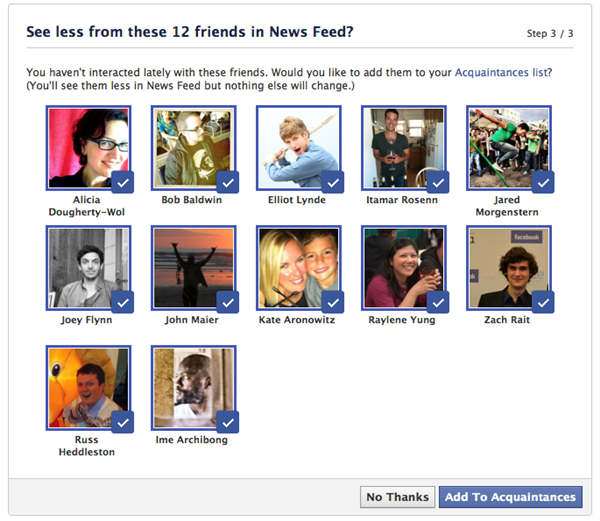