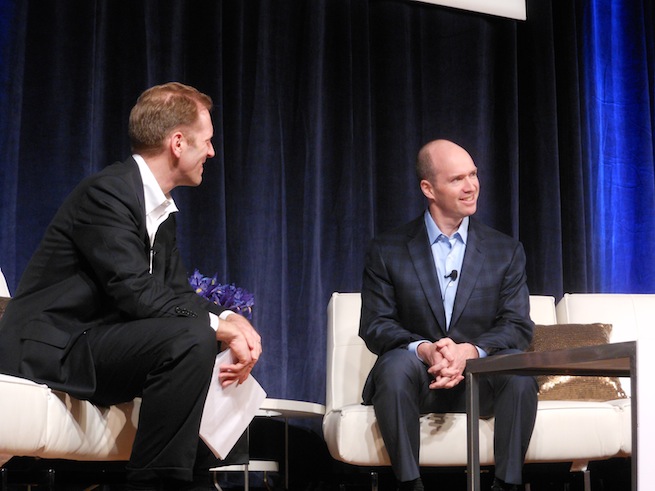 Andreessen Horowitz co-founder Ben Horowitz thinks Apple could be better poised to come out ahead in the mobile platform wars against Google.

Before diving into the war between Google and Apple, Horowitz started out talking about state of web applications versus mobile apps.

He feels that for consumers, mobile apps reign and business benefit more from web apps, because they more often have access to unlimited bandwidth on a computer. He didn’t make any mention of the growing “bring your own device” movement, which is pushing more businesses to use tablets and other mobile devices instead of traditional PCs.

Horowitz pointed out that while Android has a higher market share, Apple wins by having a higher profit share. Apple has built luxury products, and if it can continue to build better products it could sustain itself in the long run, he said.

“Apple’s goal is for profit share, which could help it be sustainable,” said Horowitz.

If you want more proof that Horowitz feels Apple has the upper hand, look to the answer he gave to this question: “If you could take all of Andreesen Horowitz’s money and invest in either Apple or Google, which would you choose?” Horowitz was unsurprisingly reluctant to answer and first hedged, saying he’d choose either. But eventually he caved and said, “Apple, and I’m not sure why.”