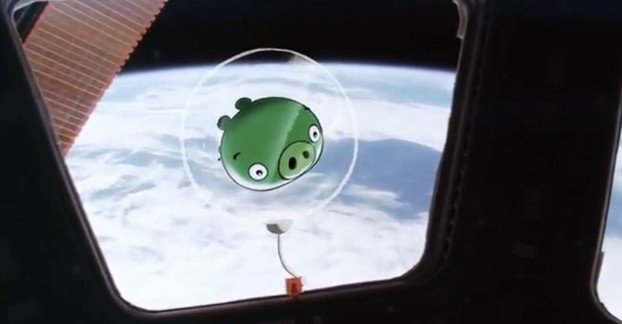 The Daily, which began life as Rupert Murdoch’s first stab at a tablet only newspaper, has found a new life as a custom app developer. Today it’s releasing the Android version of its guide to the much anticipated Angry Birds Space, the new game from Rovio that debuts tomorrow. I chatted with The Daily’s publisher, Greg Clayman, about the role of custom apps in his business.

“It’s something we came to accidentally. We built a custom CMS and put together a great team of developers, designers and editors. We realized, doing things like our special app on Elizabeth Taylor, that the team could respond very quickly and build a high quality experience around things besides news.”

Angry Birds Space is the fifth custom app The Daily has created, and like the Pro Football Guide it created earlier, it’s a partnership with a big corporation who can act as a sponsor.

“There are a lot of angles for us,” said Clayman. “We can sell sponsorships to these apps, and we have also found that they are a great way to drive new subscribers to The Daily.”

While it hasn’t built a paid app yet, Clayman says that is another possibility for The Daily. And while they have only worked with big blue chip partners so far, Clayman says they have considered a self-serve option. “We have a very flexible CMS that makes it easy to publish a sharp app in a short amount of time, but for now self-serve is just something we’ve talked about, not tested. It would be a natural place for us to expand.”

One thing which Clayman says has not been noticed, is that the Angry Birds Guide was published on both iPad and iPhone. “We started life focused on the tablet, and that is still key for us, but our readers rely on their smartphones and tablets at different times and for different experiences, so we are definitely going to be providing them with a full, multi-platform offering in the future.”

As to what The Daily on iPhone might be like, Clayman was coy. “If it resembled the guide we built for Angry Birds, I wouldn’t be surprised.”