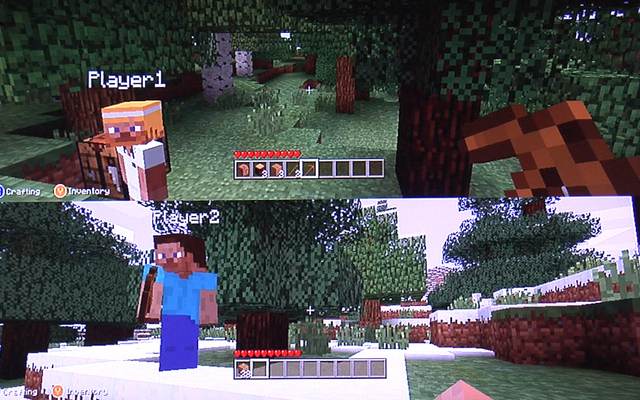 Dundee, Scotland-based development studio 4JStudios has been tapped to port Minecraft to the XBox 360. According to Major Nelson, the game will be promoted as part of the “Arcade Next” series of games, which includes Trials Evolution, BloodForge, and Fable Heroes. It will release on May 9, 2012.

4JStudios has extensive experience in porting games including Elder Scrolls: Oblivion and Overlord: Raising Hell to the Playstation 3 as well as Banjo-Kazooie and Perfect Dark to XBox Live Arcade.

The game studio is increasingly difficult to contact, and their website is down today. The last tweet from them was in November of 2011, which had a link to a Minecraft infographic. A programmer at the studio, Gordon McLean, was overheard on Twitter today talking about the awesomeness of the tall, bearded programmers at 4JStudios.

The new version will be similar to the PC/Mac version of Minecraft, with exclusive features like being able to take screenshots, use Kinect (though not on launch day), a different crafting interface that focuses on resources needed rather than grid placement, up to 4 player local split screen functionality, and a tutorial mode.

According to the Minecraft Wiki, 4J Studios has told Microsoft that the game is ready for release, and that updates will come to the 360 version of the game a month or two after the corresponding updates to the PC version. The cost of the exclusive to XBLA title will be 1200 points, according to the game’s Facebook page.

Minecraft was officially released on the 18th of November, 2011.