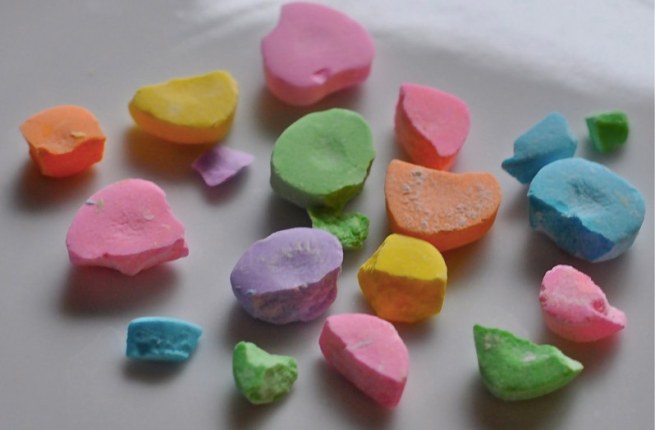 Apparently mistletoe, chocolates, and flowers are the not-so-secret ingredients in the magic potion leading people down the path to love. Jokes and pranks, however, will get folks nowhere with their sweeties.

Facebook analyzed 2010 and 2011 relationship status data in the U.S. and found that far more hookups than breakups happen on Valentine’s Day and Christmas. 49 percent more relationships are started than ended on February 14, and 34 percent more get going when Santa comes to town.

Statistically, December is a strong month for coupling up as four percent more people enter relationships than leave them, Facebook determined. The same can’t be said of the summer months, when higher percentages of people break up rather than take up together across all age groups.

But no day is more polarizing than April 2, otherwise known as the day after April Fool’s Day. “April 2nd was the year’s most extreme day in the other direction, with 11 percent more break-ups than new relationships,” Facebook data scientists Jackson Gorham and Andrew T. Fiore said.

Of course, the social network understands that not all Facebookers rush to update their statuses as soon as they enter into a new relationship or head to splits-ville, “but considering the relative levels of coupling and splitting up across days, months and seasons still helps us understand the temporal patterns of relationship change among people on Facebook,” Gorham and Fiore explained.

Facebook often dives into internal data pools to fish out interesting observations about its members and the world at large. The company previously determined that we’re all only four degrees of separation (not six!) from Kevin Bacon on Facebook. Earth-shattering stuff, we know. 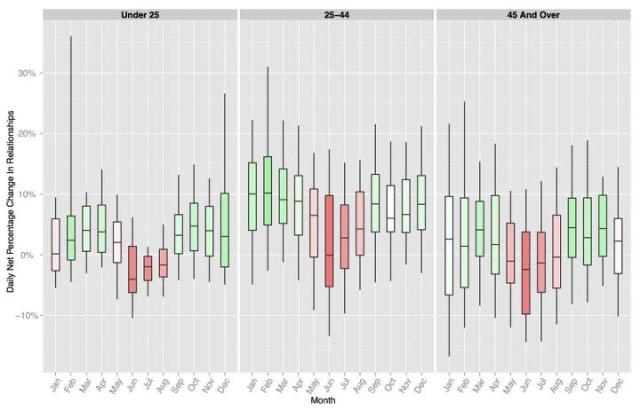 Above: The colors of each box represent the month's relative extremity in terms of relationship changes.