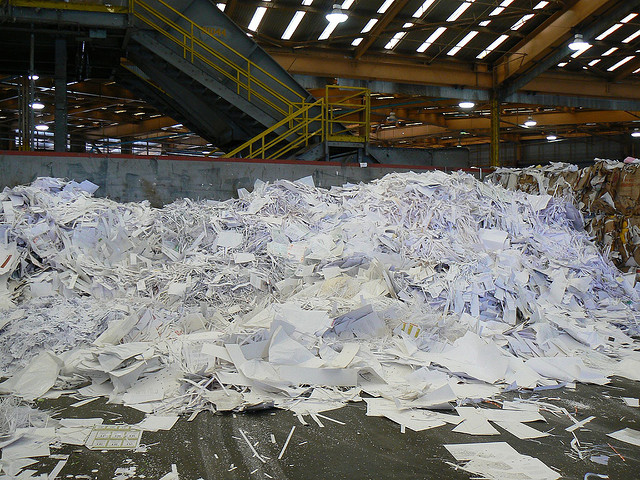 Two European researchers have discovered a way to turn waste from paper-making into a rechargeable battery cathode. The research could lead to cheaper, sustainable batteries made from a renewable source.

The news gets a bit technical and scientific, so stay with me: Grzegorz Milczarek from Poznan University of Technology in Poland and Olle Inganäs from Linköping University in Sweden were able to turn waste from the paper industry into a battery cathode, the part of the battery where current flows out.

The waste in this case is lignin, a compound stripped from wood in the paper making process. During the paper-making process, wood is chopped up and cooked to break it down. Once the wood is done cooking, a substance called brown liquor is left behind, which is full of lignin.  Milczarek and Inganäs combined lignin from brown liquor with a polymer (a large molecule chain) called polypyrrole to form a battery cathode.

Battery cathode are usually made of precious metals such as lithium, nickel, manganese, and cobalt, which aren’t renewable. Lignin, on the other hand, is the second-most-common polymer produced by living organisms in nature, and according to the researchers, it is much more renewable and is readily available from the paper industry.

“The advantage of using a renewable material for charge storage is the enormous amount of this material that is already being produced on Earth by growing plants, which contain about 20 to 30 percent lignin,” Inganäs said in a statment. “Lithium-ion batteries, on the other hand, require metal oxides; and some of those materials, such as cobalt, are rather rare.”

Don’t expect this to make a huge difference in batteries just quite yet, as the batteries they created are limited and slowly lose a charge when not in use. Still, this new research opens up development of this technology and the possibility that batteries with cathodes made from paper waste will be available to all of us in the future.

Milczarek and Inganäs’ full research, full of all the ultra-scientific details, appears in the March 23 issue of the journal Science.