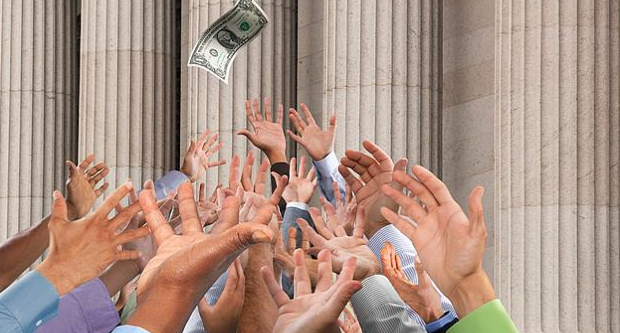 With a 73-26 vote, the U.S. Senate brought my dream of a bonsai pet business one step closer to reality today. The bill added some much-needed requirements to the JOBS Act that passed in the House of Representatives, giving the SEC more authority to protect the less sophisticated investors who might want to help fund a new business venture.

In the Senate version, crowds looking to fund new business ideas will have to do so through approved portals, many of which have been been gearing up to funnel cash into new companies once this law is fully passed. Companies can receive up to $1 million in funding from the crowd, with the amount each person can give being capped based on their income. The limits range between $2,000 and $10,000 dollars.

But not everyone is convinced the JOBS Act is for the best. David Marlett from Crowd9, which works with crowdfunded securities, still sees a lot of room for fraud.

“Regardless of how this is stated, it will be almost impossible to enforce.  If an investor wants to invest, they will simply claim their income or net worth to be above the required threshold,” he writes on his blog. “Spend time in the boiler rooms, listening to the schemes, trying to counsel against those exhaustively exaggerated claims, and you get a sense for how truly ineffective such a provision will be. Once a potential investor is spotted, any huckster worth his huckst will make sure they ‘meet’ whatever threshold is required.”

Marlett also talks about the absurdity of performing financial audits on newborn companies who might spend as little as a few hundred dollars on each line item involved in forming a startup.

A number of other important provisions in the legislation will dramatically impact the startup landscape. The biggest one is probably the death of the 500-shareholder rule, which will allow private companies far more leeway to put their shares onto platforms like SecondMarket, giving the company, especially early investors and employees, much needed liquidity without the major hurdle of having to take the company public.