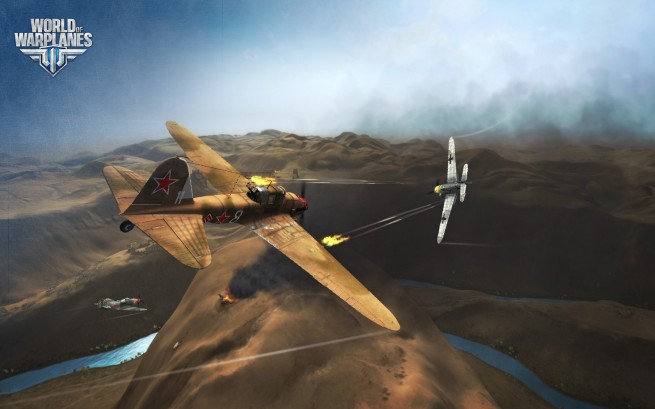 GamesBeat: Can you tell me any more about what gameplay modes will be available for War of Warplanes? Also, in previous interviews, you’ve mentioned that you are currently testing several game modes and even have rejected some of those ideas? Can you tell me which ideas were rejected and why they didn’t fit with World of Warplanes’gameplay?

Burkatovskiy: The main game mode called “Superiority” is featured in WoWP Global Alpha. It’s similar to WoT fundamental Team Deathmatch. Teams try to eliminate enemy ground targets and/or crush all the enemy planes. Ground targets have different number of HP; less important ones earn fewer points, while most crucial will be protected with AA guns and earn more points. The larger your team’s advantage, the faster you are assigned ‘superiority’ points that will eventually grant the victory. All in all, the game mode provides two options to win: by getting 100% superiority or by crushing all enemy planes.

In the second “Escort” mode player will be either convoying heavy bombers to some critical point on the map or trying to intercept and destroy them. Gameplay wise, it would be rather dull to control a bomber as compared to flying other classes of warbirds, that’s why bombers will be AI controlled. Besides enemy planes, bombers are vulnerable to enemy AA guns. This game mode isn’t featured in the Global Alpha yet, it needs to undergo some final polishing first.

At the initial stages of development we tried introducing an adjusted version of the WoT system. As far as planes aren’t able to capture a base like tanks can, we needed to come up with some alternate winning conditions. If I’m not mistaken, this game mode was called “the Air Area Control”. The goal was to get numerical superiority in the marked area. We did a lot of prototyping and testing: changed the sizes of the capture area and the rules that determined the amounts of victory points given for this or that period of time. But it didn’t work! First off, it wasn’t balanced: most players chose fighters as they had an edge over ground-attack planes. Plus, this scenario lacked fun and excitement. So in the end, we turned it down.

Burkatovskiy: Upon release, the total number of warbirds will reach 70 machines. Initially, every nation will have two branches in their tech trees: one branch will present light fighters and the second branch will be unique for every fraction, bringing special appeal to every (one) of them. We’ll keep constantly adding new vehicles and will gradually extend branches. Eventually, every nation will get a fully implemented technical tree.

We’ll do our best to provide players with a variety of landscapes that will let them use all the tactical options terrain and weather (we) have to offer: attacking from the sun, covert flight through a canyon and going in clouds might become a crucial tactical element. You’ll see different continents, urban maps with skyscrapers, maps featuring canyons, mountains, sea landscapes and deserts. We are also working on various weather conditions, like fog, snow, rain, hail,etc. Together with multiple cloud schemes, they will give a unique feeling to each map and significantly diversify the gameplay.

GamesBeat: How will the different types of planes effect the playing field? Is there a lot of work going into what each warplane’s abilities will be and what their behavior and advantages will be for each different type of plane?

Burkatovskiy: To implement unique behavior for each class of vehicles we focused on two major issues. Firstly, we had to work out thrilling goals for each class and ensure they won’t go against team interests. In other words, the gameplay has to be relevant and exciting for fighters, heavy fighters and ground-attack aircraft, but they should actively cooperate too.

Secondly, each model will have its unique potential and specs. Take, for example, a duel between a heavy fighter and a ground-attack plane: the first one holds the cards in most cases. Here we stick to the historic schemes, and in-game vehicles have weaknesses and strengths of real life planes. As WoWP combines arcade and sim elements, we won’t reconstruct historical characteristics to the last detail – we’ll try to sustain comparative capabilities between in-game vehicles instead. However, it won’t prevent us from developing an original and engaging gameplay for every type of vehicles.

GamesBeat: Do you have an idea on a release date yet?

Burkatovskiy: I’d rather not give a specific date, but I can tell you that it’s coming together very nicely. So we’re just pretty much sure right now it’s going to come this year. We’re keeping up with our internal schedules for content and stuff. There’s a lot of ambiguity as to what it’s going to take to get your multi-player stuff working for hundreds of thousands of people versus several dozens of guys in the office, that’s why the game will go through several testing phases before the release. It’s entered the Global Alpha recently and the Open Beta is next to come.

GamesBeat: I know it’s been announced that three nations will be featured upon final release. (USA, Germany, USSR) What other nations do you plan on releasing and will that be something purchasers of the game will have to pay extra for? 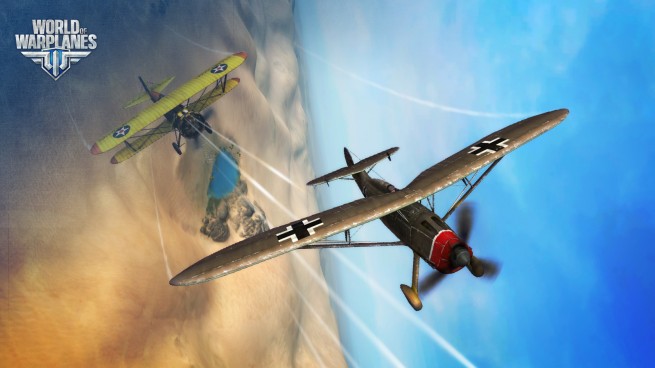 Burkatovskiy: Yes, at its launch the game will field three national lines – American, Soviet, and German. Two more nations will follow shortly after the release, which will be British and Japanese warplanes. Like in WoT, we’ll gradually expand the fleets, introducing new aircraft models with every update.

As regard to the second part of your question, the main tech trees will contain aircraft available for free, with research and leveling requiring time and skills to spend. However, again just like in Tanks, there will be some amount of premium models that will give extra boost in credits and experience while having less efficient specs in comparison to general tier-matching machines.

GamesBeat: Will there be a single-player/offline mode to develop your skills before hoping onto the MMO world?

Burkatovskiy: Air combat is by far more challenging than ground battles: crazy pace, lack of armor, no time to aim carefully and three-dimensional battling arenas – all that creates a high entry threshold. To somehow smooth your first steps in the game, we’ll implement an online PvE-oriented tutorial. It will guide newbies through the learning process, help them grasp piloting basics and master aiming skills during training battles with AI warplanes. It will be absolutely optional, but completing the tutorial would earn you bonuses. Of course, we understand that (the) PvE (player vs environment) training course won’t prepare players for a dynamic PvP (player vs player) battle. It’s where the matchmaking comes into play: a tier-based system similar to that in WoT will prevent veterans and newbies from fighting against each other in random battles.

GamesBeat: Can you tell me more about experience points and how players will actually be able to upgrade their warplane?

Burkatovskiy: Like in Tanks, personal achievements in World of Warplanes will be presented by destroyed, damaged and spotted planes/ground objects. Also, you might gain points for precise shooting and assisting your team. Of course, you’ll get extra points if your team wins.

These numbers will be used to calculate your experience and credit gains, which in its turn will go toward researching modules and upgrading armor. For instance, you can unlock and research a new engine, weaponry, glider, etc.

Besides climbing up the tech trees, experience will be used for crew training. The crew training in WoWP will considerably differ from WoT: crews will be presented by a single pilot who will perform a wide range of tasks. To that end, we are working on a wide list of skills and perks relevant for air combat.