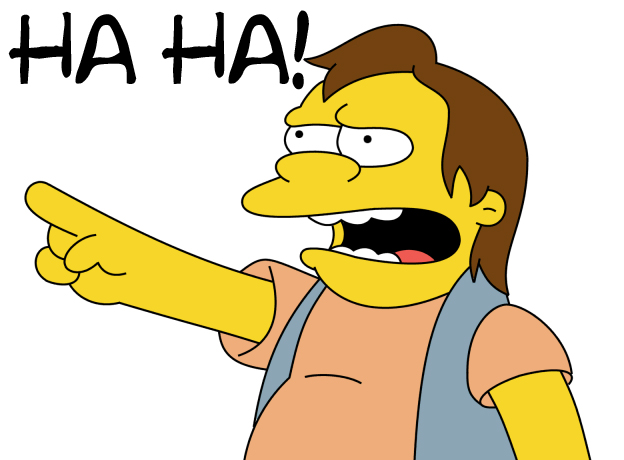 Like an obnoxious school child that can’t help but point out when it thinks it’s right (note: this is never cute), AT&T said earlier today that T-Mobile’s massive layoffs wouldn’t have happened if the FCC allowed it to purchase the smaller carrier.

“Normally, we’d not comment on something like this,” wrote AT&T’s Jim Cicconi,  Senior Executive Vice President of External and Legislative Affairs, on the company’s public policy blog. “But I feel this is an exception for one big reason – only a few months ago AT&T promised to preserve these very same call centers and jobs if our merger was approved. We also predicted that if the merger failed, T-Mobile would be forced into major layoffs.”

Cicconi then goes on to rail against the FCC’s decision to block the $39 billion merger, saying (with a certain amount of glee), “The FCC may consider itself an expert agency on telecom, but it is not omniscient.”

The blog post is worth a read, if only for Cicconi’s glaring lack of self-awareness. It’s exactly this sort of swagger and sense of  self-entitlement that played a big role in the T-Mobile merger falling apart. From the beginning, AT&T acted like it was doing consumers a favor by gobbling up one of its biggest competitors and reducing the amount of wireless choice in the U.S. (of course, AT&T claimed it was helping the wireless market).

But then the FCC issued a report that took issue with pretty much all of the benefits AT&T claimed the merger would deliver. Notably (and particularly relevant to today’s news), the report found that the merger would cause significant job losses, even though AT&T said that it would create jobs. AT&T also claimed that it wouldn’t be able to build out its 4G LTE network without the acquisition, but the FCC found that the company would have had no issue achieving nationwide LTE coverage on its own.

Instead of addressing the issues the FCC brought up, AT&T said the report was merely a “draft” with no legal standing. The carrier never apologized for lying to consumers and regulators — so it’s particularly offensive to see it rubbing salt into T-Mobile’s wounds today.

Not surprisingly, AT&T eventually gave up on its merger plans because of the intense opposition from the FCC and the Department of Justice.

AT&T thought it could power through the merger with little effort, and it likely didn’t see the regulatory opposition coming. (Let’s not forget that the Comcast/NBC Universal merger was approved just a year ago.) Instead, it ended up paying a $4 billion breakup fee to T-Mobile parent Deutsche Telekom (in addition to spectrum and other assets).

To its credit, the FCC isn’t letting AT&T have the last word. “In a short period of time, T-Mobile has re-emerged as a vibrant competitor in the mobile marketplace,” an FCC representative told AllThingsD. “Competition benefits all wireless consumers. The bottom line is that AT&T’s proposal to acquire a major competitor was unprecedented in scope and the company’s own confidential documents showed that the merger would have resulted in significant job losses.”