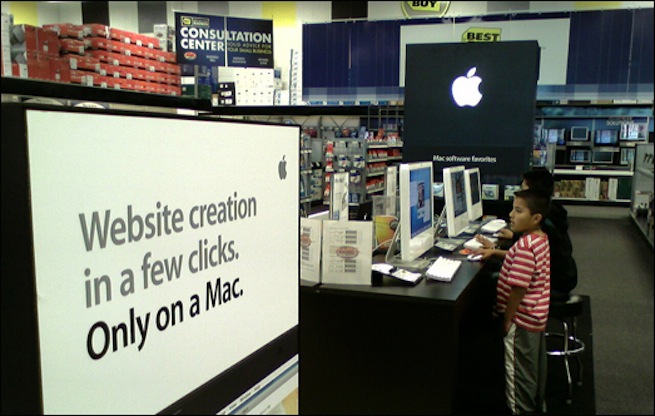 How important is Best Buy to Apple’s iPhone sales strategy? Possibly more than Apple’s own retail shops, according to a new study from Consumer Intelligence Research Partners.

The research firm surveyed shoppers for a three-month period from December 2011 to February 2012 about where they purchased their iPhones. The study found that Best Buy accounts for 13 percent of all iPhone sales — a mere two percent lower than Apple’s share.

Surprisingly, 76 percent of all respondents said they purchased their iPhones from a brick-and-mortar retail store. And as the largest national electronics retail store chain, it’s no wonder Best Buy is selling nearly as many iPhones as Apple.

Of the five outlets that accounted for at least one percent of iPhone sales, three are U.S. wireless carriers. Considering that every phone needs a wireless service subscription, it’s understandable that AT&T, Verizon, and Sprint accounted for 32 percent, 30 percent, and 7 percent of the iPhone sales respectively. The same is true for Apple’s 15 percent of total iPhone sales since it manufactures and markets the device. Best Buy, however, is the only outlet without a direct tie to either the hardware or the wireless service it requires.

With Apple rumored to start setting up “mini Apple Stores” inside of retail chains like Sam’s Club and Target, it’ll be interesting to see if Best Buy can hold its ground.

Via AllThingsD; Photo via PB Central