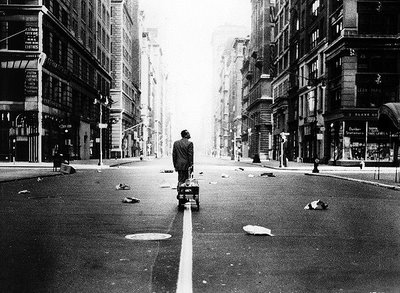 Profitably, a startup trying to bring deep financial analytics to small and medium businesses, was founded two years ago, in March of 2010. Exactly one year ago this week we reported that the company raised $1.1 million in seed funding to grow its team.

But in the last week, things have gone from bad to worse, leaving CEO Adam Neary as the only full-time employee still with the company.

The company was part of the first class at New York’s General Assembly, and Neary recorded in detail how being a part of the hot co-working space helped to double the size of their seed round. Profitably pulled financial data from a service like Quickbooks and showed small business owners where they were succeeding and what their trouble spots were. Then it offered concrete recommendations for how to build on that success.

Sources began reaching out last week to say something was up with Profitably. When I first heard the company was in trouble, I contacted Neary to get his perspective on what was happening. The rumor was the company was shutting down. He responded by email:

It’s really not that simple. I definitely appreciate you reaching out to me ahead of publishing. The reality is, we’re signing up 200-250 small businesses every week. We’ve just rebuilt our platform from the bottom up to handle all the traffic we’re seeing, and right now we’re making some tough personnel decisions in terms of setting ourselves up for the next phase of the company’s growth.

The above is not a throwaway PR line–it’s where we are. The members of our team have wives. We have children at home. We’ve all left very lucrative careers to try to do our best to build a product for the country’s small businesses, it’s tough work, and none of these decisions are being made lightly.

Bottom line–it wouldn’t be appropriate for me to get into the details of various staffing decisions we’re making right now, but please give me the benefit of the doubt that it’s not as simple as “you laid off most employees and are bootstrapping.” Given the traction we’ve been seeing and a number of fantastic partnerships we’re pursuing, that would obviously paint a false picture of where the company stands and gloss over some pretty subtle stuff.

I’m doing my best to show everybody involved as much respect as possible–I hope you do the same!   Warm regards, Adam

It was difficult for me to sort out the discrepancy between Neary’s email and what I had heard. I knew that one of the company’s co-founders, CTO Francis Hwang, had left in November, and the rest of the team had left or been let go last week. Shortly after I got hold of an email from Neary himself, written to investors. It paints a different portrait of what happened, and where the company might go from here. The email from Neary is after the jump.