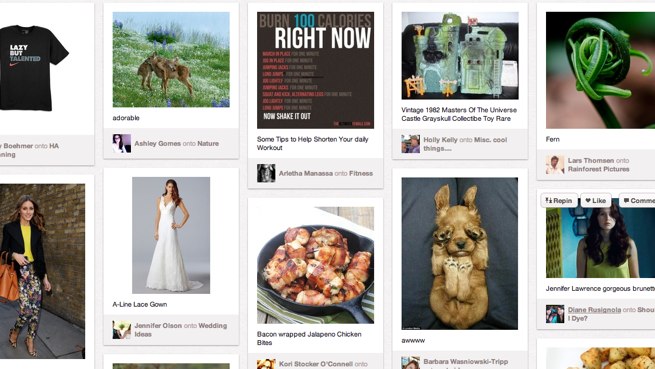 The providers of an inspiration service turned inward for some much-needed inspiration of their own, and have updated their terms of service following feedback from community members.

Run-away social sensation Pinterest has, after consulting with members, revised its terms of service Friday in light of growing scrutiny. It has removed terms that would allow it to sell content posted to the site. The new policies will go into effect on April 6, two weeks from today.

Pinterest, as you likely know, is the digital inspiration board site where arts, crafts, fashion, and food enthusiasts “pin” products to collections called “boards.” The site has emerged as a top 10 social network and grew its unique visitor count by 52 percent to 17.8 million people in February.

The changes to Pinterest’s terms of service represent a necessary step considering the company’s transition from a tiny upstart to the talk of the entire Internet. The previously generic terms have been replaced with language more appropriate for where Pinterest is headed.

Most notably, Pinterest has eliminated the clause that would have allowed it to sell content pinned to the site. “Selling content was never our intention and we removed this from our updated Terms,” co-founder Ben Silbermann said in blog post on the updated policies.

Language has also been added to the acceptable use policy that will allow the company to wipe out pins that encourage self-harm or self-abuse. Silbermann also briefly touched on revised language that should cover the site as it releases new features such as a coming-soon API and private boards.

Friday’s changes, however, fail to address many of the copyright infringement concerns outlined by the photographer community.

Lawyer and one-time Pinterest-lover Kirten Kowalski, for instance, ostentatiously deleted her boards after learning that Pinterest’s terms of service could leave her vulnerable to copyright litigation. The new terms of service still state the user is “solely responsible” for the content they pin to the site.