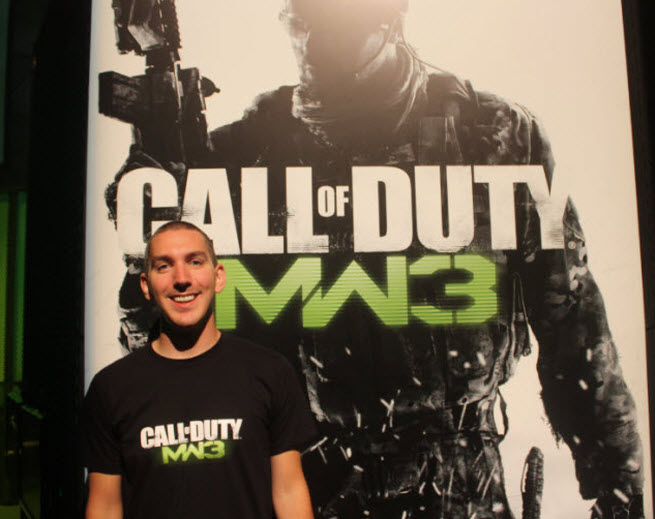 Bowling has been an active tweeter and spokesman for Infinity Ward in the past year, particularly since Infinity Ward began showing off Call of Duty: Modern Warfare 3 almost a year ago. Bowling offered no explanation in his tweet for why he’s leaving the company, saying only, “Today, I resign from my position as Creative Strategist of Call of Duty, as a lead of Infinity Ward, and as an employee of Activision.”

Bowling was the main spokesman who stepped forward on behalf of Infinity Ward after the studio lost its co-founders Jason West and Vince Zampella in a legal meltdown with parent company Activision Blizzard. Dozens of employees left to join West and Zampella at their new studio at Respawn Entertainment. But Infinity Ward replaced the employees and got additional help from other studios to finish making Modern Warfare 3, which is now the best-selling game of all time.

Bowling did interviews with the press at events such as Call of Duty XP in September and helped manage communication with fans during the launch of Modern Warfare 3. Bowling also had plenty of tips on how to fight in Call of Duty games.

In a statement, Activision said, “We sincerely thank Robert for his many years of service. He’s been a trusted and valued member of the Infinity Ward team. We wish him all the best on his decision to pursue future opportunities.”